Who Will Claim The Title Of The Ultimate Yorkshire Dog?

Written by Helen Hare on September 6, 2019. Posted in Blog

Hello folks, and welcome to another brand new River Dogs dog blog. Now the sun might be trying to do a runner over the rest of Britain, but he’s got his hat on and is still shining merrily down on the River Dog’s play yard to keep our four-legged friends happy (and to prevent them from getting into any mischief!). We’ve been following the antics of our doggy day care customers here at River Dogs HQ, and from what we can gather, there’s been a little bit of a competition going on recently. It seems that our furry friends aren’t just content with being part of the best Doggy Day Care Near Me and your lovely selves, readers, they also want to try and find out which of them has the best pose, the best ears, the best bark, and above all else, the best general ‘dogginess’. The competition is on to see which of our customers will claim the title of ‘Ultimate Yorkshire Dog’ and reign supreme over all dog kind. Who will be the winner? I think we’re about to find out!

Meet The Contenders In The Best Yorkshire Dog Competition! (Organised By Dogs, For Dogs).

They say it’s a dog-eat-dog world out there on the mean streets of the Tadcaster Doggy Day Care scene, but the competition is also getting pretty ‘ruff’ here at River Dogs HQ. It turns out that when left to their own devices, our floppy-eared customers can organise full-blown competitions right under our noses. When we arrived in the play yard this morning, the stage was already set for a dog show like no other, including a banner that had been paw-painted by our resident artist Stanley bearing the legend ‘Yorkshire Dog Championships’.

This was to be the final of a series of rounds that had been happening without our knowledge throughout the entire year, and even though we were a little confused as to how it had happened, the tension in the air soon had us hooked. We quickly deduced that three dogs had made it into the final; Molly, Ralph, and Rosie.

Will Molly Be Crowned The Ultimate Yorkshire Dog? 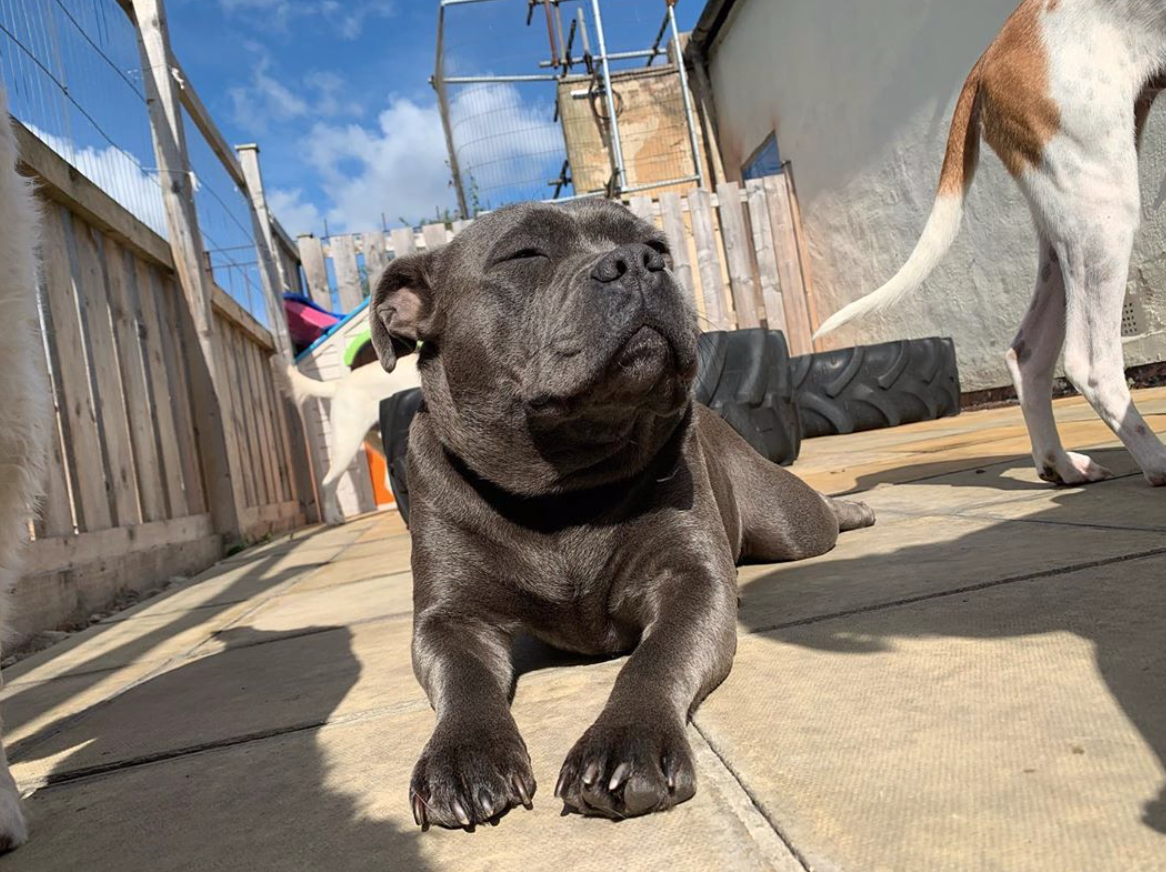 Molly might look as though she’s merely sunning her soft skin, but she’s actually pulling off the pose that got her into the final of the Ultimate Yorkshire Dog competition. There’s much more to this pupperific princess that meets the eye; when she’s not practising her bark and filing down her claws, Molly helps out at the local Duck Homelessness shelter and does a lot of other charity work over on the Doggy Day Care Selby beat. Her super-power would be being able to eat all of the cream-cakes in the world without putting on weight, but she would also like to be able to solve climate change while she’s at it. Molly likes long walks along the River Wharfe and has a strong passion for sky-diving. You wouldn’t think that such a relaxed pooch could do so much! 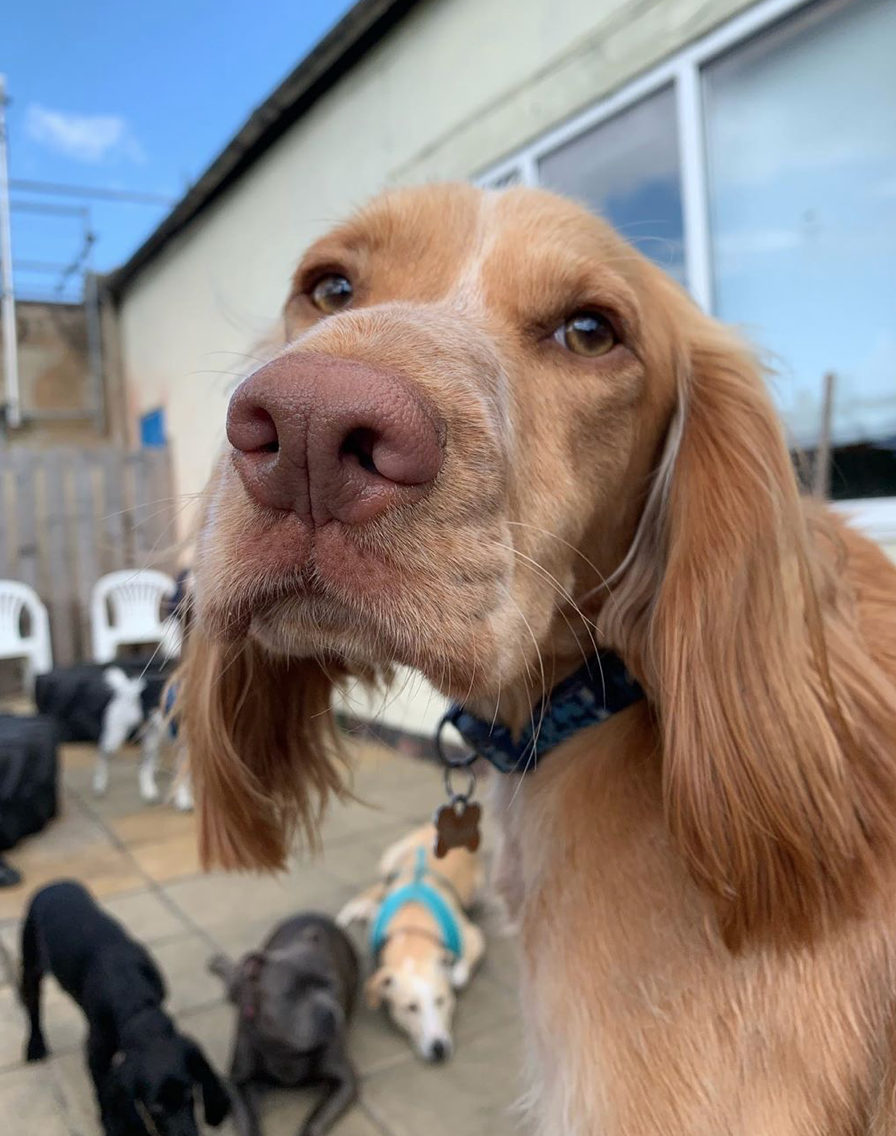 Ralph was actually knocked out earlier on in the competition due to a judging mix up between Betty and Nelly who had an attack of acute snooziness after round three (or so Ronda told us over the phone), but the judges rightly saw Ralph’s potential and brought him back into the competition just in time for the final (pretty lucky if you ask us!). Ralph’s ears really swayed the panel; just look how super smooth they are! He’s one neat little pupster, and he certainly deserves a place in the Ultimate Yorkshire Dog final in our books!

Ralph’s main passions are JuJitsu and football, but he also finds time to run a Thai cooking class on Wednesday’s for other dogs in the area. He’s a great poet and has had his work featured in many books over the years, with some of his work even featuring as part of the script in the popular Wes Anderson film ‘The Grand Budapest Hotel’ for the character played by Ralph Fiennes (that was a tenuous link at best; I do apologise!). Ralph would like the world to be shaped like a ginormous dog biscuit, but he says he’ll settle for creating world peace instead.

Meet Our Final Contender In the Yorkshire Dog Competition, Rosie! 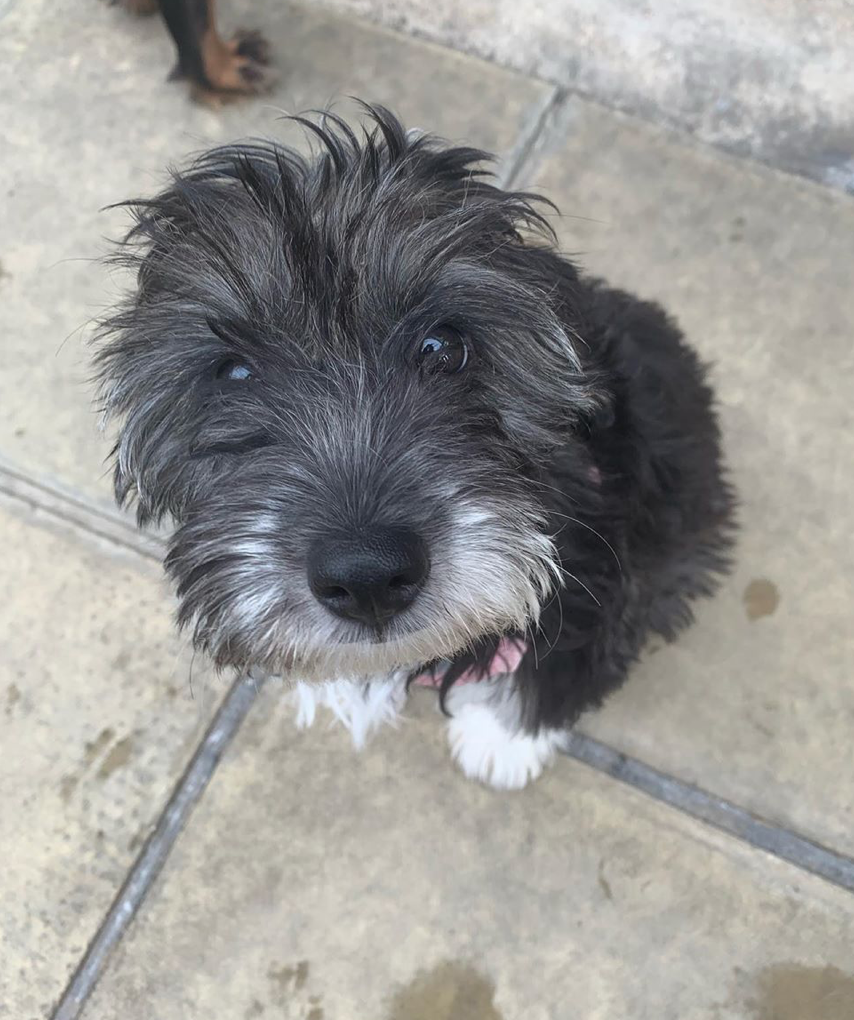 Rosie told us that she wasn’t planning on entering the competition at all but finally did after Norman entered her name on her behalf. She was the only dog to get a golden buzzer pressed throughout the entire tournament, sending her straight into the final. The judges couldn’t believe how cute she was, and her singing voice blew them away from the start. Rosie is a bit of a quiet pup, apart from when she’s blasting out her favourite operatic pieces that is! She’s so good that we think she might be getting a slot at York Barbican any time now! When Rosie isn’t singing, she likes to knit and crochet sweaters for the River Dogs staff, and she’s also a keen angler. Let’s hope she doesn’t catch the Curious Catfish from Roland’s Doggy Care Near Me blog a couple of weeks ago!

Who Is Taking Home The Prize?

The judges locked their noses together in a tight huddle and spoke for a good hour about who should be crowned the winner. They even asked Helen to join in the discussion, asking her to weigh in with who she thought had been the most well behaved out of all of the three finalists over the past coming months. In a move that has never been seen before in all of the River Dogs competitions (who are we kidding, it happens every time), the judges declared that they couldn’t choose a winner and named all three finalists as the Ultimate Yorkshire Dog! The crowd went wild, Auntie Lucy and Auntie George cried and embraced, and Helen looked on with a proud smile as Molly, Ralph, and Rosie each received bouquets of flowers and a little golden crown. Let’s just hope that this doesn’t make our new winners too big for their doggy boots; fame can go to your head pretty quickly, especially if it’s only a little one!

Thanks for checking out our latest dog blog! We hope that you enjoyed a little bit of doggy day fantasy and the notion that our four-legged friend might lead very different lives when our backs are turned. Why not stick around and check out some of the new arrivals in our New Dog blog, or perhaps you could learn a thing or two from our Dog Facts For Kids (and grown-ups too) article!