Hello everyone, and welcome to another brand-spanking-new River Dogsdog blog! We hope that you’ve had a great week so far and have managed to keep some parts of your body warm and dry now that the weather has turned wet and windy! Did you join us last week for our Doggy Homesafety blog? If you’re bringing a new dog into your house or know someone who is brushing up on their puppy training exercises, then it might prove very useful! We’re leaving the facts behind today and taking a trip to Hollywood, or more accurately, Hollywood is coming to a doggy daycare near me and you! Our furry customers have been reimagining their favourite movies with themselves as the main characters, and the results have been priceless! We’ve got five budding actors taking part in the Tadcaster River Dogs Film Festival, and they’re showcasing their talents below. And to think that some people have the cheek to ask our four-legged customers ‘is doggy day care any good‘; with stars like this walking around every day, it’s the best!

Tadcaster River Dogs Film Festival – Which Films Made The Final 5? 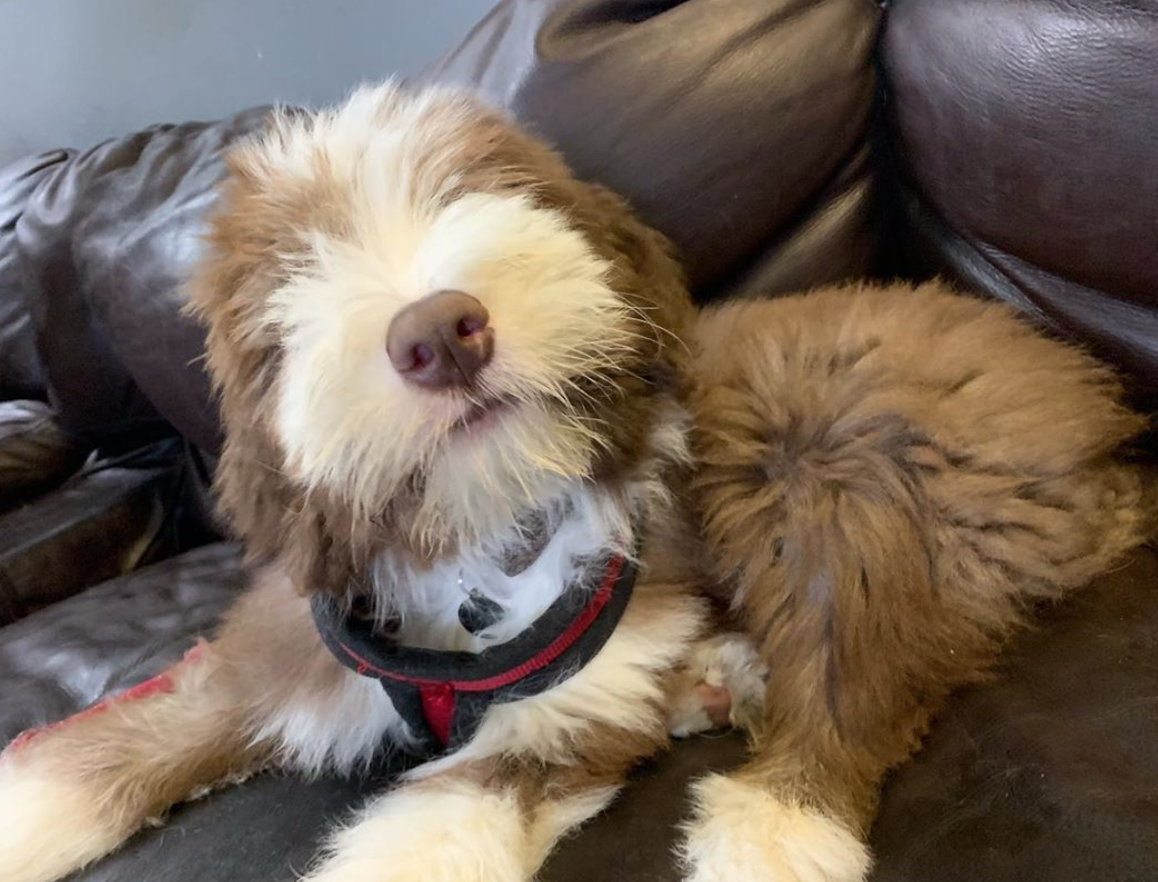 Ok, so Logan might not be running in this picture, but we want you to imagine that there has been a run involved in this story within the last 10 minutes or so. Logan might not live inside a domed city full of young’uns in the future, but this portrayal of Michael York’s character took our breath away. Look at the emotion in the face, the turmoil between wanting to be a law enforcer and the need to fight for the truth. If any directors out there ever wanted to remake Logan’s Run with new graphics and all-new actors, then we think that Logan would be the perfect choice for the lead role after this stunning display. 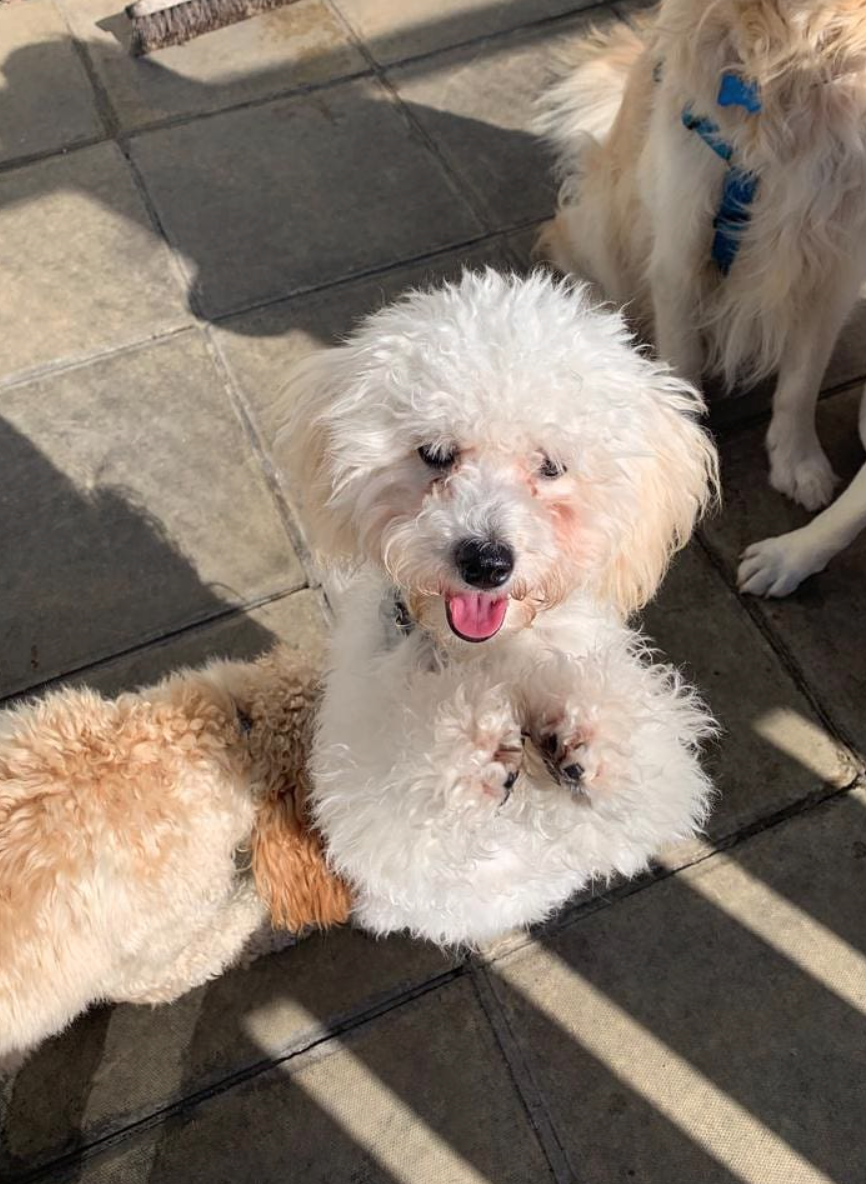 Sadly, our resident beast and River Dogs Tadcaster legend, Mark Scott, wasn’t available to be in this picture with our very own Beauty Bella. He sends his regards and hopes that all of our readers think about his role as ‘The Man In Shorts’ from time to time. I certainly miss working him into these blogs as a character! Anyway, back to Bella! She has been working incredibly hard to perfect her portrayal of the famous Belle, complete with the Dachshund Diaries team as her own items of singing furniture. Frankie loves playing the candlestick; he was made for the role! Bella has been practising her singing all over the River Dogs play yard; what might sound like howling and barking to the untrained ear is actually a well-practised display of some of the highest notes known to dog-kind. Take it away, Bella! 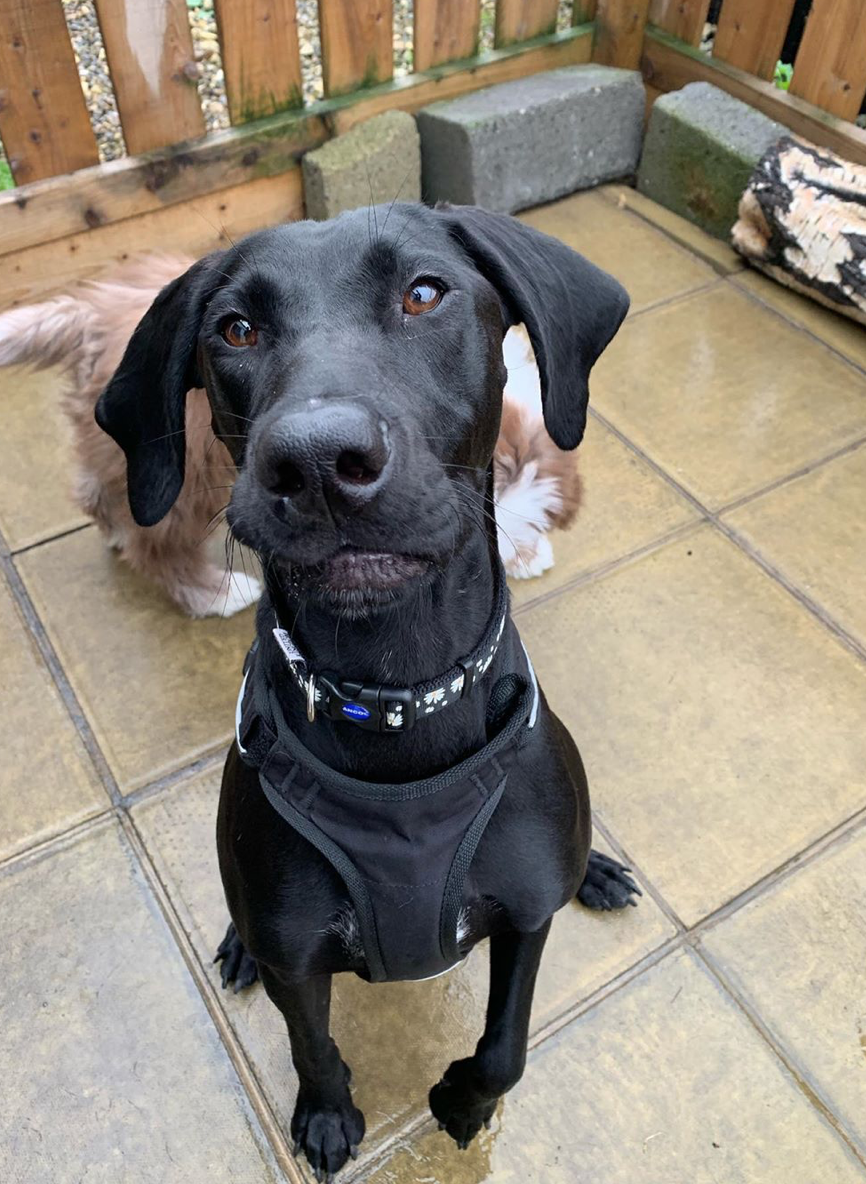 Bella isn’t the only pup that has been showing off their vocal talents recently. Liza might not have been with us for very long, but it didn’t take us long to spot that she is incredibly talented. When she’s not regaling us of her stories from her time in Romania, Liza can be found pumping out some of Liza Minelli’s most famous numbers around the Tadcaster River Dogs unit. She’s chosen to reimagine the story of ‘New York, New York’, with Duke the Beagle playing the saxophonist that she embarks on a strained and rocky romance with. This is one remake that is sure to get the papers talking! 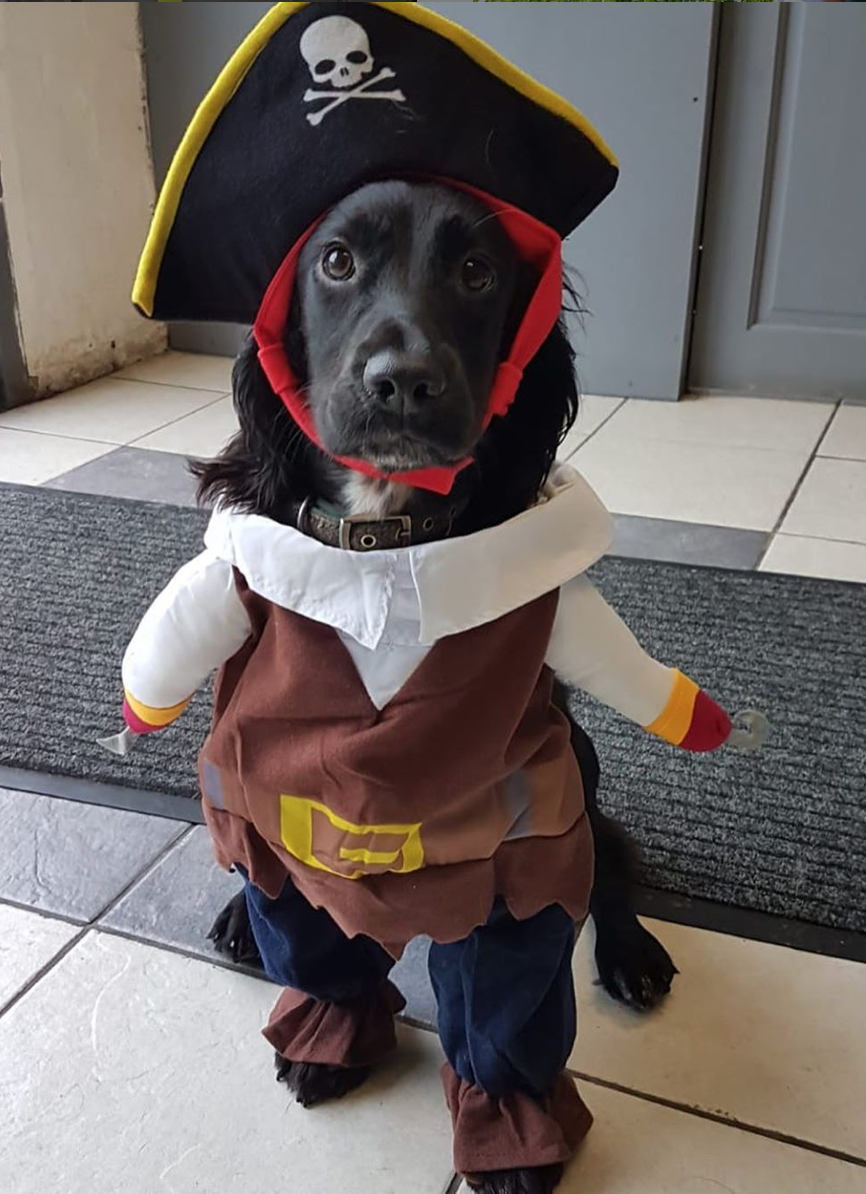 Shiver me’ timbers! Long Bonnie Silver has been making us walk the plank into the Tadcaster River Dogs paddling pool all week now, and she’s pretty good at it too! This pirate costume is the bees-knees, and it even comes with a little pirate hook and boots too! Bonnie tells us that the hat is 100% homemade and made to measure, and we don’t dare argue with her when she has that gold-plundering-look in her eye. Bonnie hasn’t chosen a Jim to join her on her adventures yet, but whoever takes the role needs to be able to cope with some short sharp jabs from her tail and enjoy spending a lot of time swimming around in water! 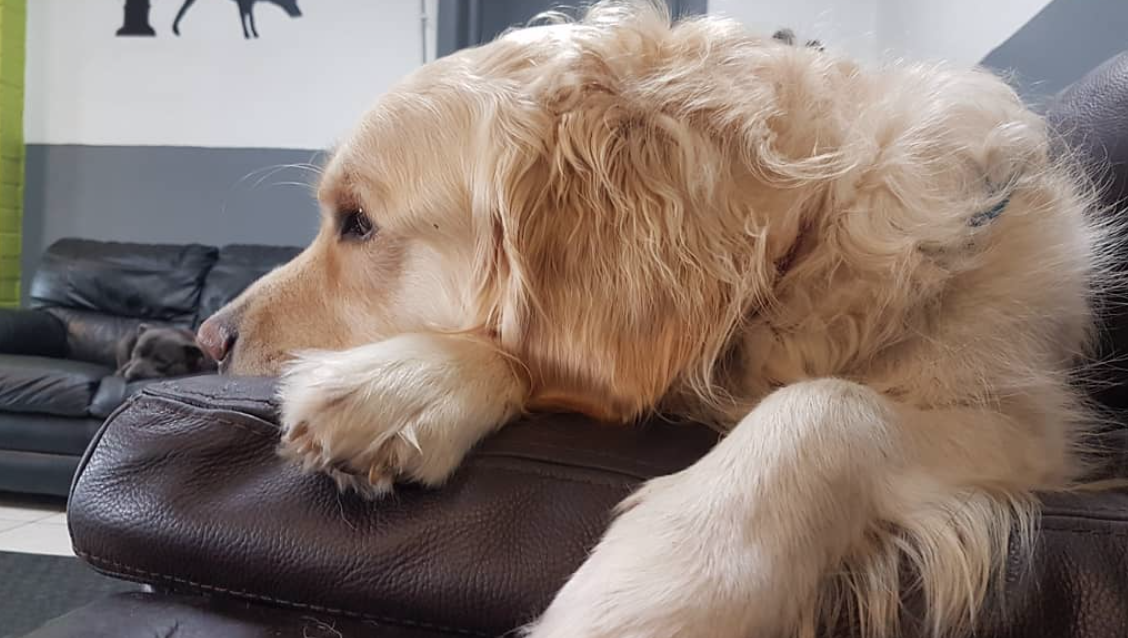 I’ve never been a massive fan of the Harry Potter film series; the books have so much more detail, and Michael Gambon’s portrayal of Albus Dumbledore didn’t sit well with me. You can imagine my delight, therefore, when Albie told us that he would be donning the famous pointed hat and half-moon spectacle in a River Dogs remake of Harry Potter. It’s a tough task taking on such a demanding role for all eight films, but Albie’s magic tail is more than up for the job. When we asked him what he sees when he looks in the Mirror of Erised, he told us that he sees himself surrounded by Jumbones, homemade dog treats, and the biggest steaks that he has ever seen. We’re not sure whether we believe this or not, but at least it keeps Albie happy. If the films do as well as we hope, then all of his desires might actually come true!

Thanks for checking out our Tadcaster River Dogs Film Festival dog blog! We hoped that you enjoyed our four-legged friends acting out their favourite movies, and who knows; maybe one day we’ll see them all up on the big screen!

Don’t go anywhere; there are more dog blogs to read! Take a look at when Poppy found a strange spaceship in the River Dogs Daycare yard, and then read all about the Pointer Patrol and their missions to make the Tadcaster Doggy Day Care scene a safer place!

PLEASE NOTE – All River Dog’s dog based ‘Dog Blogs’ are fictitious and for entertainment purposes only. These blogs do not accurately represent River Dogs doggy daycare policies and are bor n from the imagination of our social media department. For more information about our policies, services and business values please visit the River Dogs website.