The Pointer Patrol Are The Newest Dog Squad On The Block!

Hello everyone, and welcome to another River Dogs Dog Blog. Now today we’ve got an extra special story for you, and the arrival of a new dog squad in our midst! Some of our more eagle-eyed readers might have noticed that the Springer Squad have been a little quiet these past few weeks; General Parker has given his battalion a week off from prowling the streets in search of crime, but don’t think for one second that the Tadcaster Doggy Day Care Scene is being left unmanned (or un-dogged). If there’s trouble, they’ll be there on the double; meet the Pointer Patrol! 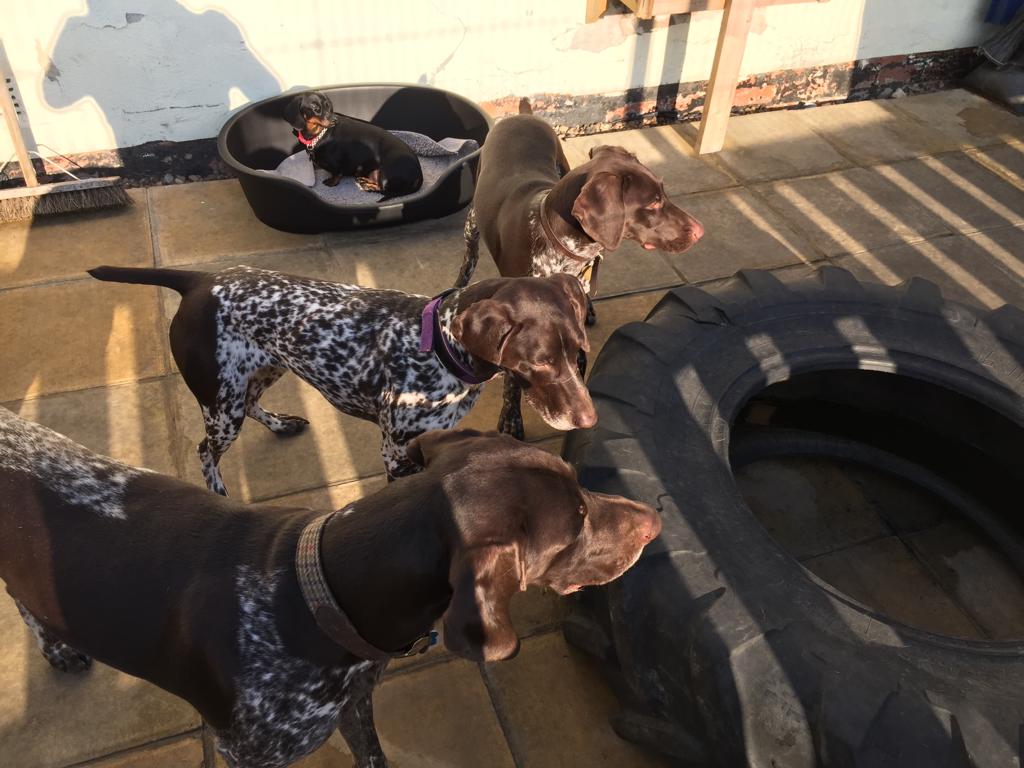 River Dogs doesn’t just have the best-looking customers around; we also have the bravest and most courageous four-legged friends in the world (or in Yorkshire anyway!) Today our crime-fighting group are on the hunt to find a sun-soaking pooch named Sully who didn’t turn up for his afternoon meal. The quest is on, and we’re going to follow all of the action ‘collar-side’ so that you don’t miss a single thing!

Captain Gunner has pulled together the most magnificent troop of furry commandos known to dog-kind; Sergeant Woody, Major Ellie, and Corporal Lottie, and our story begins on a sunny February afternoon in Sully’s last known location; the River Dogs Wendy house. 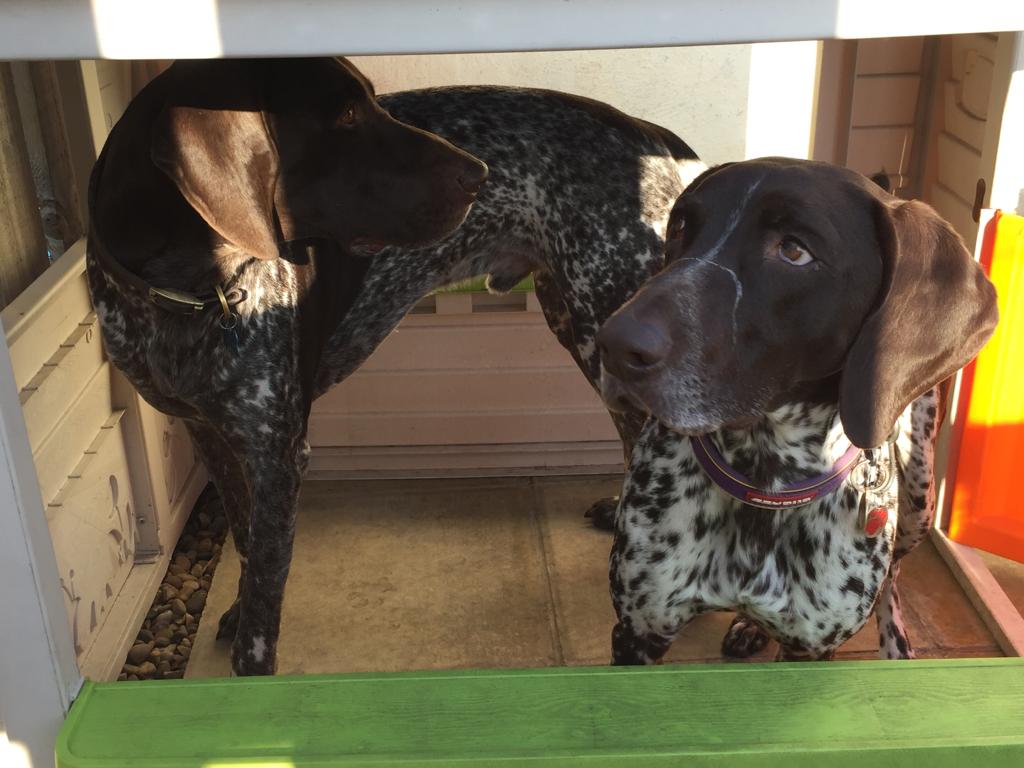 Captain Gunner and Major Ellie sniff the ground for clues, looking for any sign that might lead them to our missing friend. The trial seems cold, but what’s that over there in the corner? A bottle of Loreal Doggy Sun Cream, freshly squeezed. Major Ellie touches the glossy liquid with the tip of her nose, and after a hearty laugh from Captain Gunner, they report back to the team to explain what they have found. 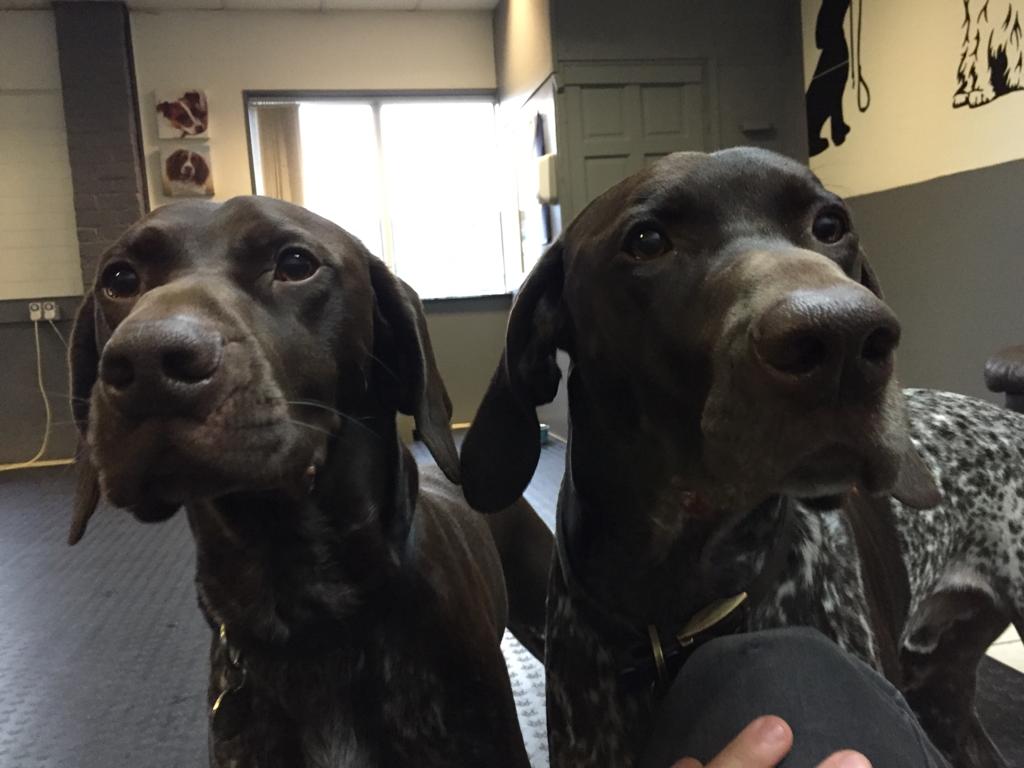 In the River Dogs unit, Sergeant Woody makes an exciting discovery of his own. While getting a tummy rub from the man in shorts, he spots Sully’s favourite toy lying abandoned at the side of the sofa. Sully never goes anywhere without his favourite green ball; the plot thickens. But there, lying next to the ball is a tell-tale sign of what sully might be up to. Captain Gunner hooks his paw under the sofa and brings out an empty wrapper that looks as though it once housed a doggy-sized tanning mat. 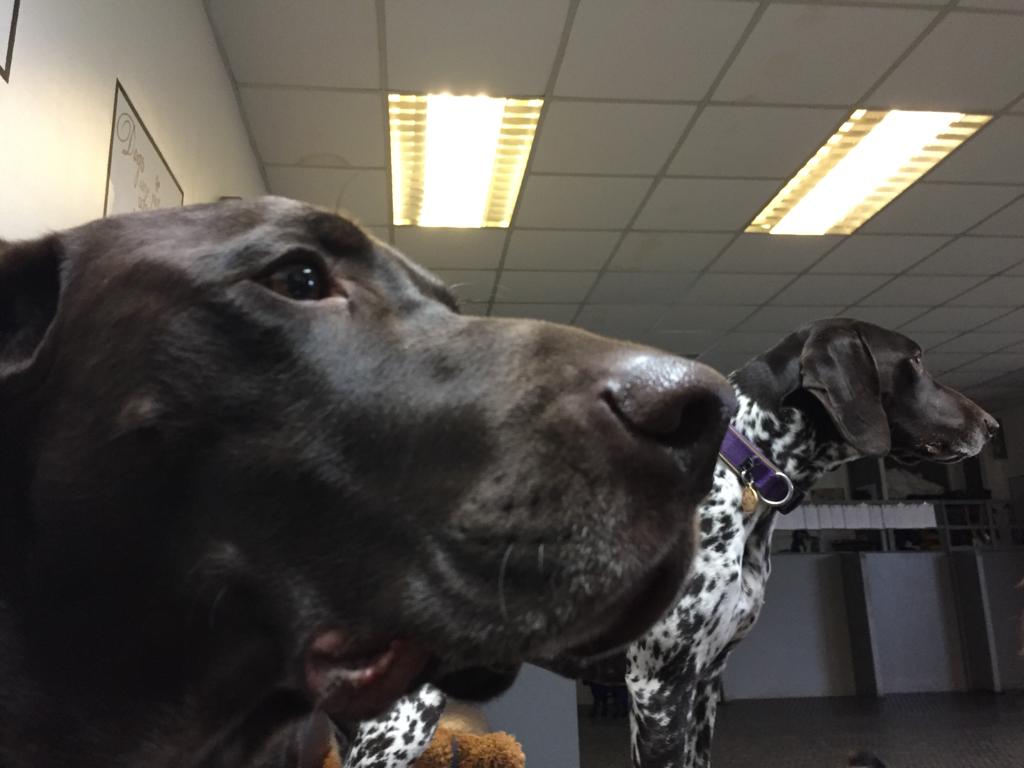 Armed with this new information, Captain Gunner begins to put the pieces of this mystery together. He leads the charge out into the play yard and begins to scout around, his nose to the ground, sniffing frantically as though his life depends on it. The other members of the Pointer Patrol follow close behind. Let me tell you, readers; you could cut the tension in the air with a knife!

We follow Captain Gunner around the side of the building as fast as we can, the Pointer Patrol hot on our heels and, there on the sunniest bit of ground in the entire yard, we find a little pooch covered in suncream and sitting on a doggy tanning mat. Sully looks up at us and smiles, rolls over, and asks us to put some more lotion on his belly! 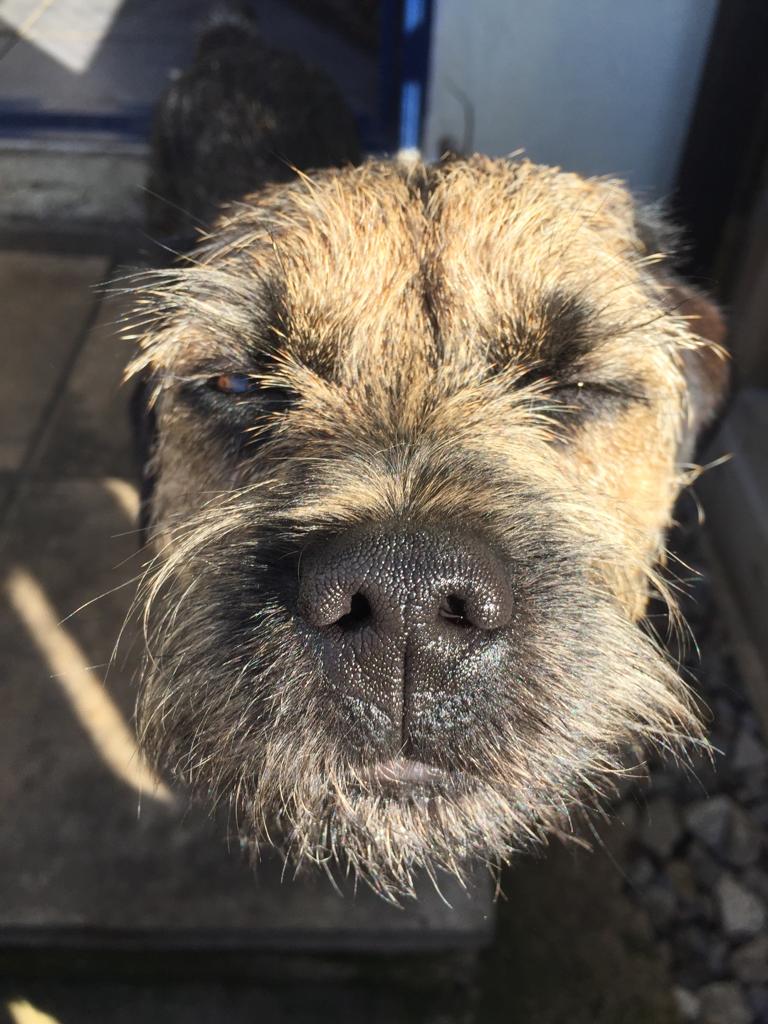 Captain Gunner looks on in astonishment, and then after a nudge from Corporal Lottie, the whole gang fall apart laughing. Even we can’t help but smile as Sully looks on in bewilderment. It looks like another River Dogs mystery has been solved, folks!

With their job done, the perfect pointers return to their posts and continue to look after the Man in Shorts (someone has to make sure he doesn’t fall asleep on the job! The first outing by the Pointer Patrol has been an incredible success, and we can’t wait to follow them on their next adventure into the unknown! 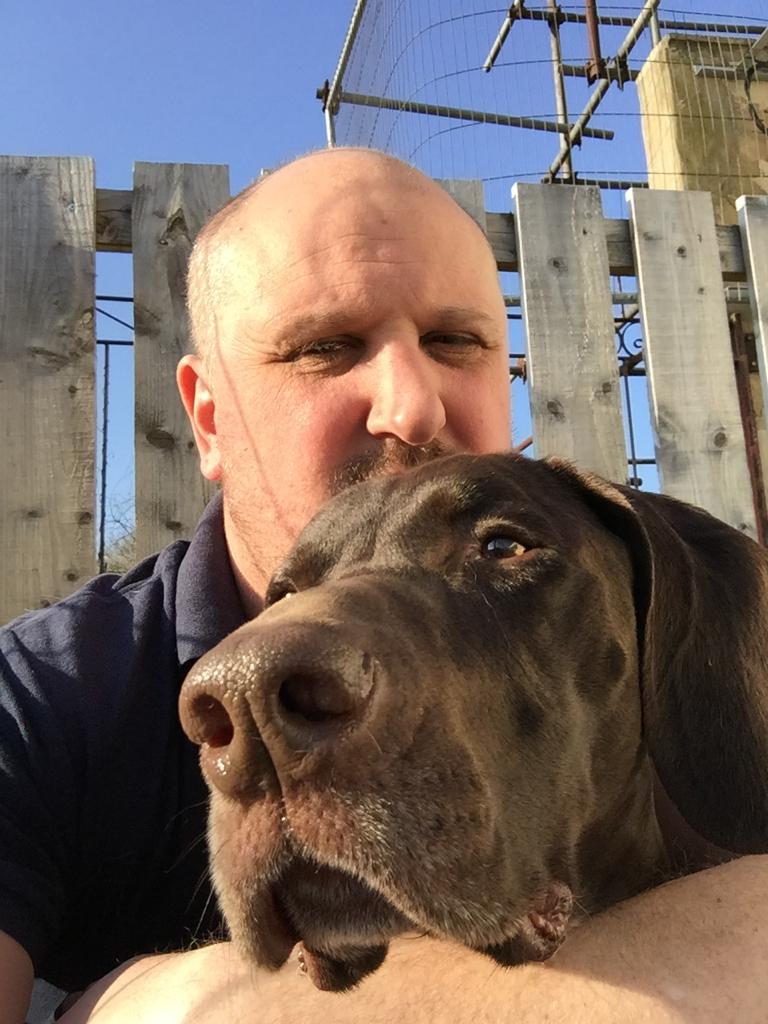 Thanks for checking out our latest dog blog everyone, and we hope that you enjoyed meeting the Pointer Patrol for the first time! If you’re a fan of the Springer Squad then don’t worry, we’re sure that General Parker will get his team back into action for you very soon!

Still hungry for more dog blog action? Why not check out our Doggy Dental Care article on how to look after your pet’s teeth, or discover how Daycare For Dogs changes as soon as snow falls through the air!