Doggy Daycare Yorkshire – The Mystery Of The Missing Hobnob

Written by Helen Hare on November 1, 2018. Posted in Blog

Hello everyone, and welcome to another River Dogs Dog Blog. If you’re interested in the wild and wonderful world of Doggy Daycare Yorkshire then you’ve come to the right place, and especially since there’s been a terrible crime committed in the River Dogs camp. I hope that you’re sitting down, because what I’m about to tell you is shocking beyond belief. Join us on a horrifying journey as we…

Hunt For The Missing Hobnob – A Doggy Daycare Yorkshire Scandal!

Ok, so maybe we made it seem more terrifying because it was recently Halloween, but the panic that ensued was so palpable that it felt like there was a ghost in the building. Let me set the scene. 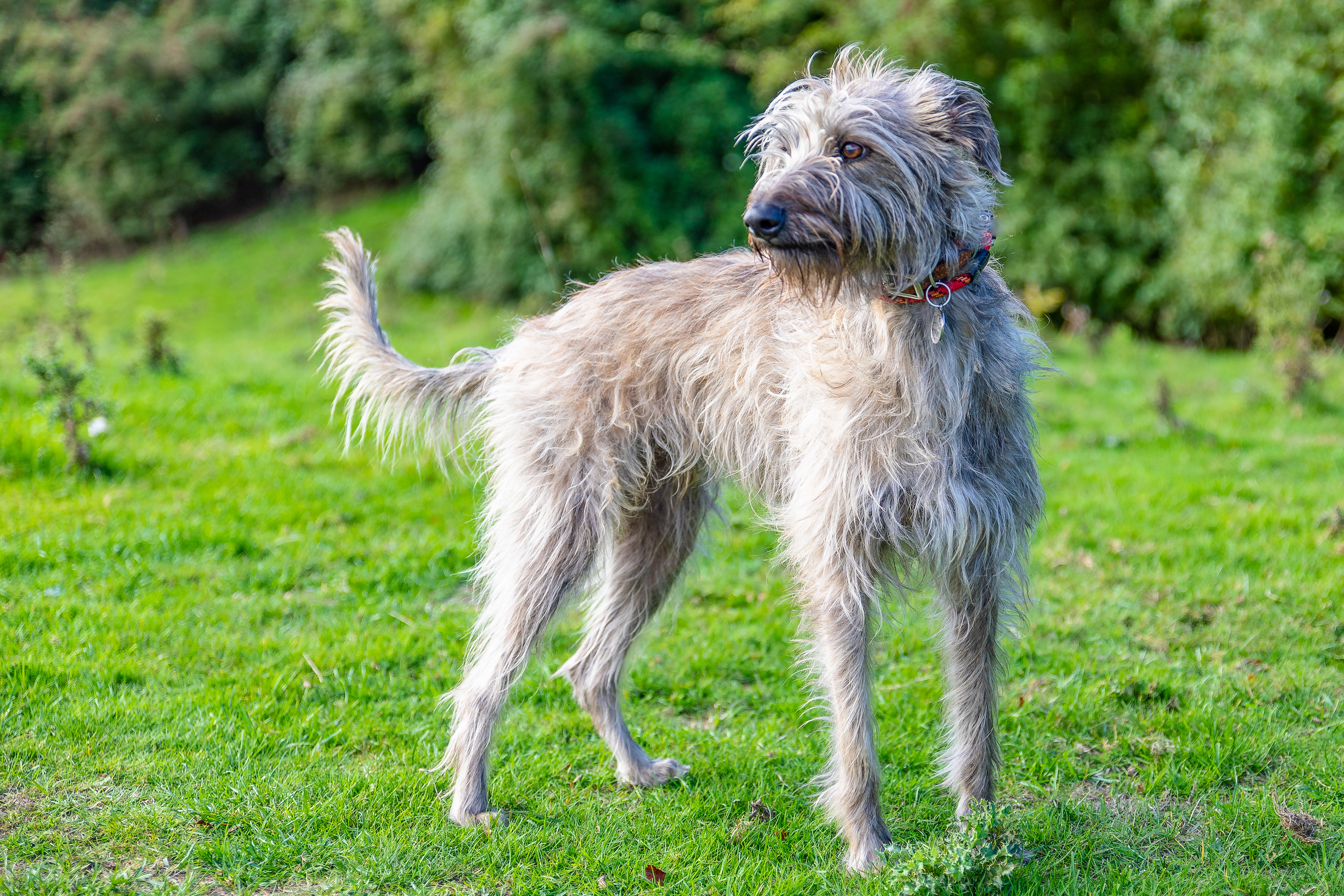 My name’s Seb, and I was the first member of the River Dogs team to hear the cry from the office.

I awoke with a start and ran into the room to find the man in shorts bent double with grief, a crumpled packet in his hands and the tiny remnants of a broken biscuit on the front of his fleece. A tear welled in the corner of his eye – the Man in Shorts really likes biscuits!

I sat and listened as he announced that a mystery thief must have sneaked into River Dogs to steal the precious item from right under his nose and that he had no idea how it could have happened. I tried to talk sense into him, as did the Nice Lady that tickles our ears (let’s call her Helen…because that’s her name), but there was the glint of adventure and revenge in his eyes. He rounded up two members of the Springer Squad and the rest of the staff team and announced that we were going out into Tadcaster to solve this Doggy Daycare Yorkshire mystery. The game was afoot…or ‘a-paw’ in this case. 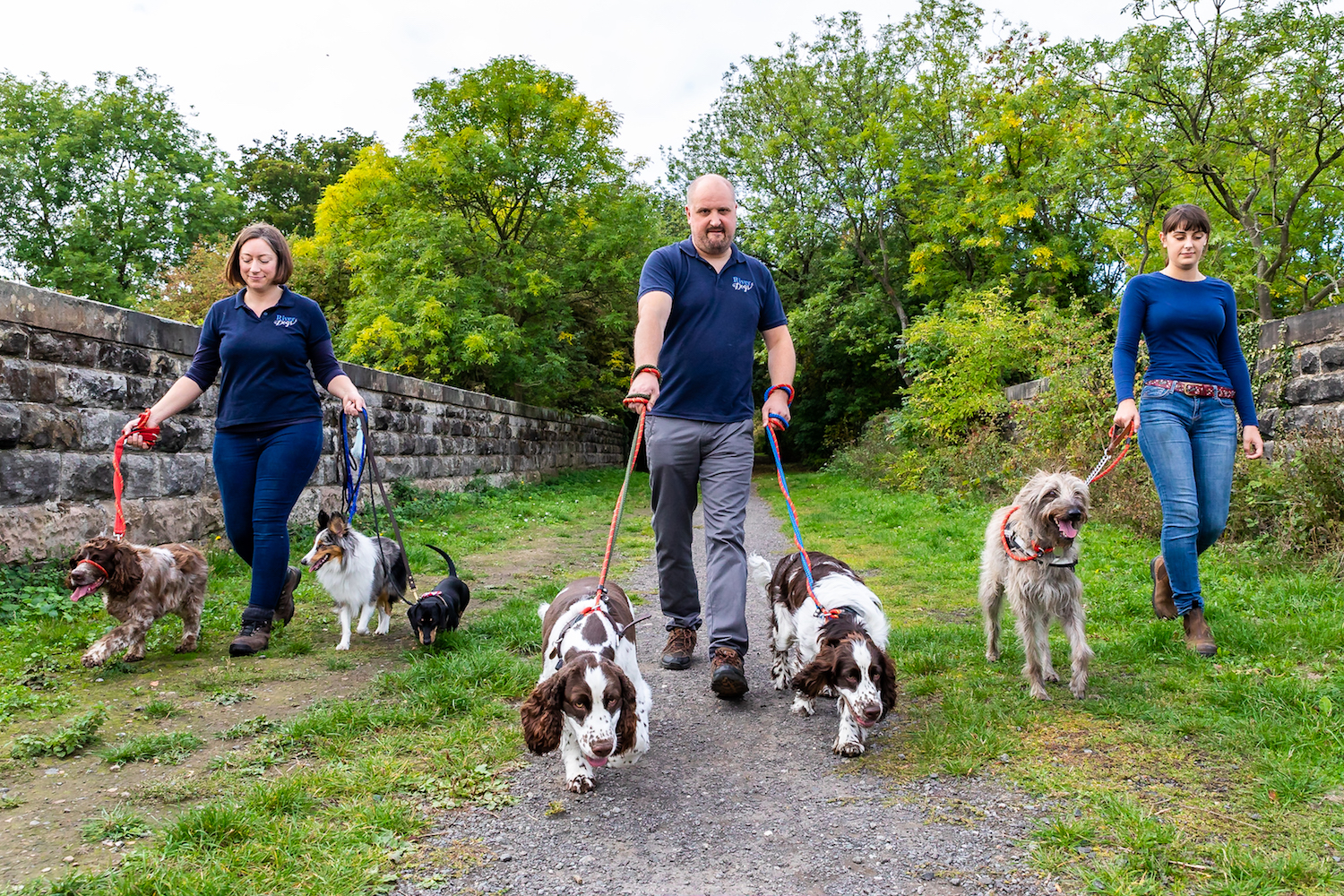 We hit the paths hard, searching for any clue that we could find along the route with the mighty noses of the Springer Squad in the lead. The bushes were pockmarked with wrappers that the children had left from their trick-or-treating the night before, but there was no sign of the missing Hobnob or the culprit who had decided to use their own five-finger discount to claim it as their own.

We came across two other River Dogs on the River Bank (we really do all love the River!) and asked them if they had heard any information, but they were too preoccupied watching a nearby Spider doing his stand up routine about the ‘World Wide Web’ and hardly noticed us as we dashed past. 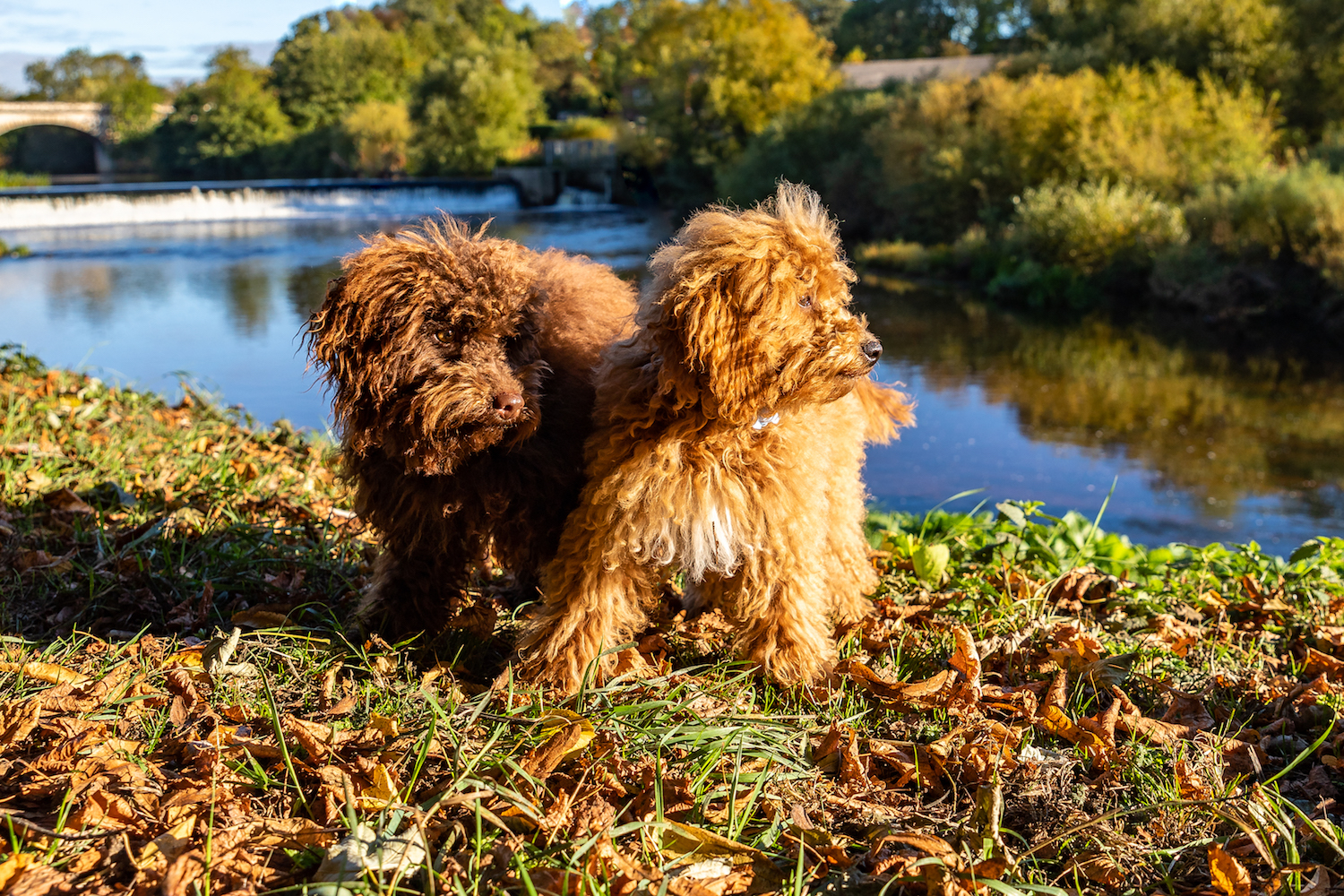 Even the local ducks hadn’t heard anything about the missing biscuit, and the Springer Squad, who had been up with their owners dressed as Gargoyles and Goblins the night before, started to fall asleep standing up! Realising that there were no breadcrumbs to follow (the ducks would have eaten them anyway if there had been) the Man in Shorts turned around and headed back to River Dogs H.Q, utterly dejected by the absence of his favourite sweet treat.

When we arrived back at River Dogs the Man in Shorts opened the door and stepped inside, utterly crestfallen. He took off his jacket and then made to retrieve the other leads from his team members. As he took Olly’s lead from Helen he cried out in alarm and grabbed her hand.

Helen smiled and took a half nibble biscuit out of her pocket. “It was all Olly, honestly! Besides, you have to admit that they’re a bit more-ish.”

She picked my mate Olly up in her arms and grinned at The Man In Shorts. With those puppy dog eyes (and Olly’s too) he found it impossible to feel angry or upset. He laughed loudly and shook his head. “That’s the last time I leave my biccies around you two,” he said, and he went off to make a cup of tea.

I yawned and went back to my bed, safe in the knowledge that this Doggy Daycare Yorkshire mystery had been solved. It just goes to show that my pal Olly and Helen can be sneaky when they put their minds to it – thank goodness they didn’t go out trick-or-treating together
(Tadcaster would have been biscuitless!) 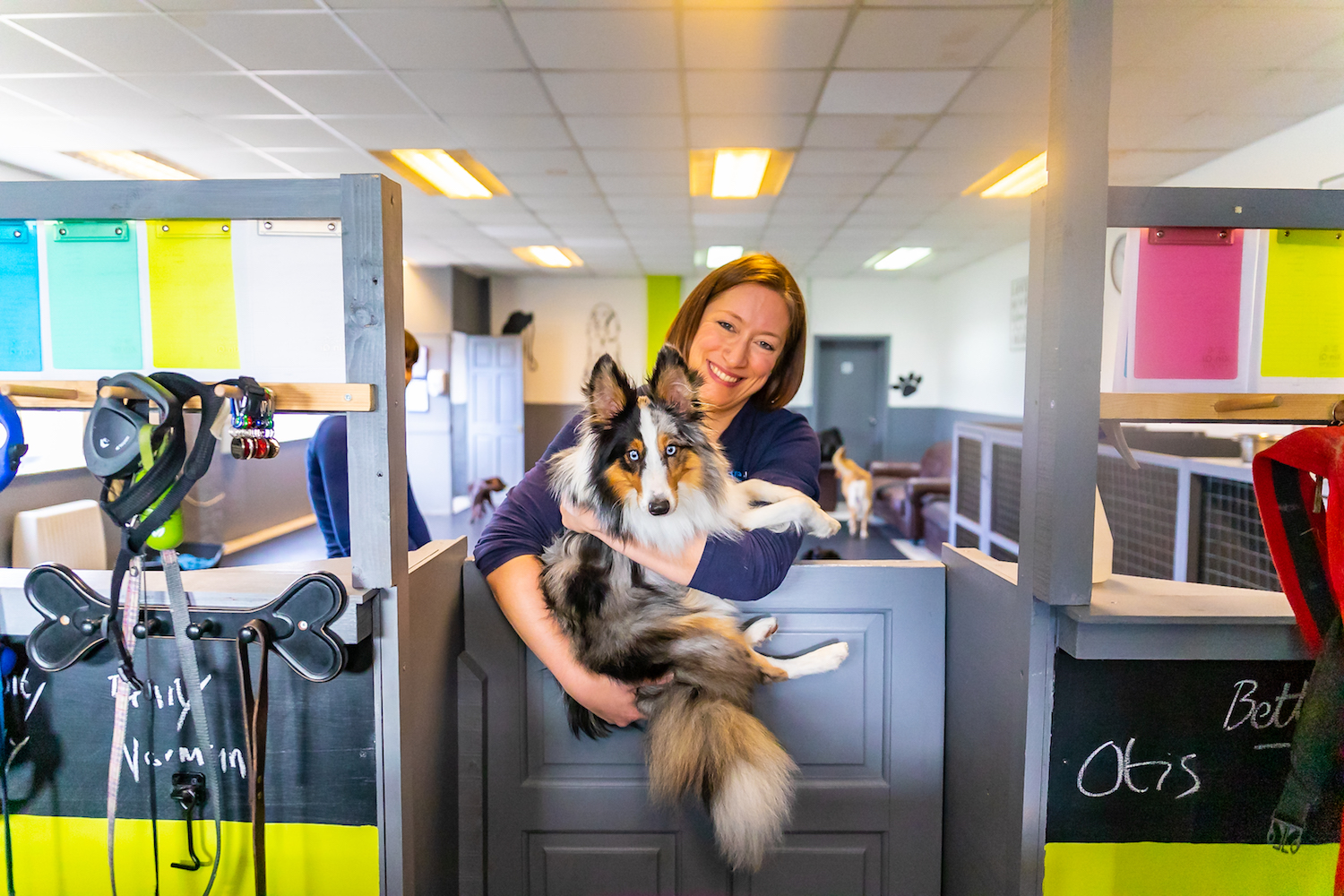 Thank you for joining us on this doggy daycare Yorkshire adventure! I hope that enjoyed reading Seb’s first Dog Blog and have learnt never to bring biscuits to River Dogs (especially Hobnobs!)

Can’t wait for the next Dog Blog? Why not head back and check out Ronda’s rainy Tadcaster Doggy Day Care adventures, or stick around and learn more about Doggy Day Care Kennel Cough and how to spot the signs!

PLEASE NOTE – All River Dog’s dog based ‘Dog Blogs’ are fictitious and for entertainment purposes only. These blogs do not accurately represent River Dogs doggy daycare policies and are born from the imagination of our social media department. For more information about our policies, services and business values please visit our website.