Doggy Care Near Me – Confessions Of A Super Spy

Hello everyone, and welcome to another brand new River Dogs Dog Blog. Just take a look over your shoulder to make sure that no one else is reading, because this is a very top secret story that is for your eyes only. My name is Roland, and I’m a new recruit here at River Dogs. Now I know I look like the perfect candidate to advertise Doggy Care Near Me, but I actually have a secret agenda that no one else can know about, not even the grown up two-legged people in my life!

The Daycare For Dogs scene is rife with mystery, and as the worlds leading Dogs Life super sleuth, my job is to uncover all of these hidden secrets and repot back to my agency. I always have all four paws and my trusty nose on the ground in search of anything suspicious, and my latest findings will shock you to your core!

I was working a case in the far reaches of outer Pocklington when an associate of mine, Roger, came up to me. ‘Have you heard about this place that does Doggy Care Near Me?’ he whispered. ‘They call it River Dogs. There’s all kinds of weird things going on in there; balls going missing, people sighting spaceships, dogs performing magic. You gotta get down there and sort it all out.’

I set off for River Dogs at once, quickly infiltrating the establishment as a cute little pup with a friendly temprament. My puppy dog eyes worked wonders with the lady behind the counter; I think her name was Helen, but I had bigger fish to fry than worrying about these peoples names. This Doggy Care Near Me looked normal enough, but no sooner had I entered the door than the strange, heebie-geebie stuff my pal Roger had been telling me about started to happen. 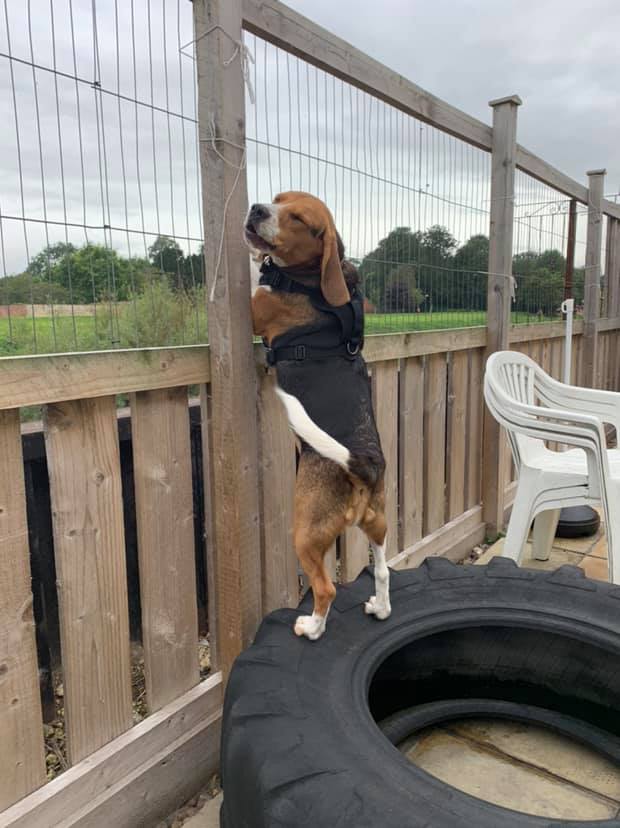 I looked out into the play yard and saw a tough looking Beagle character standing up on a tyre and peering into the water. He was quaking from the tip of his nose to the ends of his claws; something serious was afoot. I dodged the outstretched arms of someone everyone was referring to as Auntie Lucy and trotted out into the yard, taking care not to blow my cover with the other pups.

‘What you looking at, pal?’ I asked in my best playful tone.

The Beagle looked down at me, terror in his eyes. ‘There’s something in the water!’, he whispered. ‘It keeps popping its head up and laughing at me, and then it just dissapears.’

Fishing For Clues At A Doggy Care Near Me

I couldn’t be sure as to whether this guy was the real deal or whether he was just clowning around. This all seemed too familiar to me, and although I didn’t want to believe it, I had to try and get to the bottom of this. Time was moving on, and things looked to be getting serious pretty fast. ‘You!’ I called to a passing pupster. ‘Come over here, quickly’. The guy turned around and came over. His name’s Milo; he looks like a solid looking guy with nerves of steel, so I drop my false demenour and tell him what’s going on. I told him there’s something strange down in the water, and that this Beagle chap, Duke, doesn’t know whether it’s real or not. 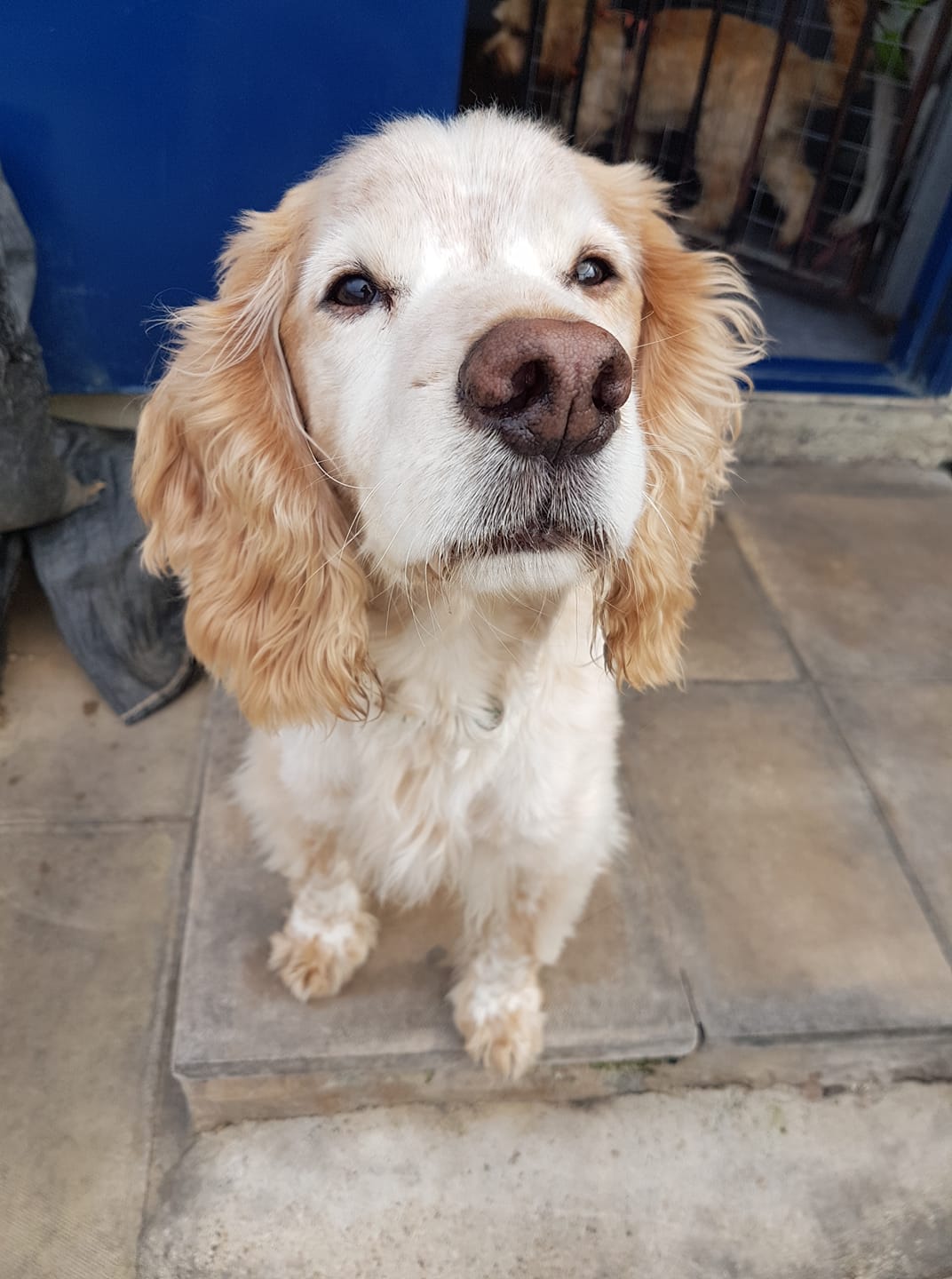 I stood back as Milo jumped up onto the tyre and took a peek into the water. Sure enough, after a couple of seconds he yelped and flew backwards in fright, his ears stuck up like a startled jack rabbit. ‘There’s something in the water!’ he cried, shaking like a leaf caught in an Autumn breeze.

‘Let me guess,’ I proffered, ‘it’s laughing at you and then dissapearing again?’

I put my paw up to my face and cursed my friend for even mentioning this Doggy Care Near Me. ‘That’s because it’s no ordinary fish,’ I muttered, ‘it’s my arch nemesis; the Curious Catfish!’ 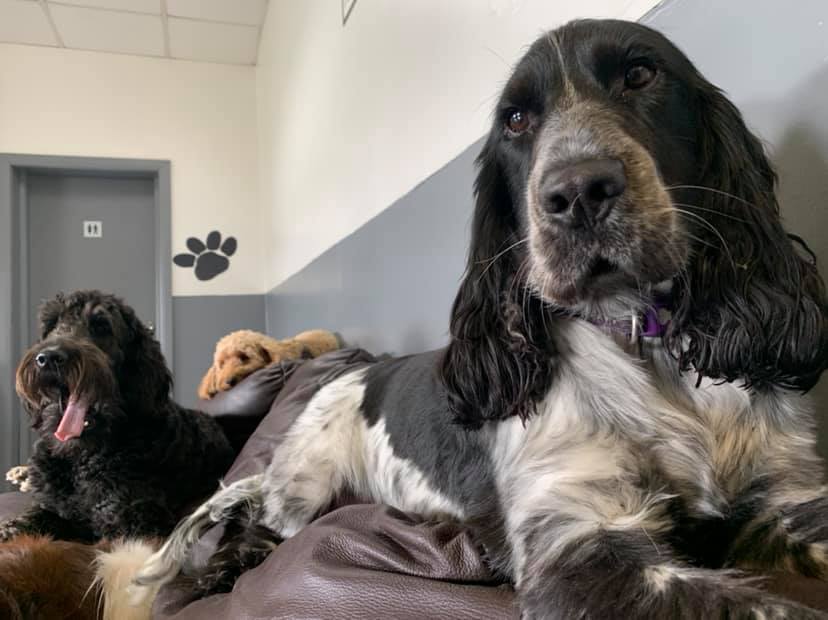 Just look how terrified they all are!

A Soggy Disaster For Our Puppy Persuer

I lept up onto the wheel immediately and pressed both of my paws up against the fence. ‘Oi, Catfish!’ I yelled. The other dogs in the yard all turned around and looked up in alarm, but now wasn’t the time to start explaining what was going on. Sure enough, two whiskers popped up out of the water, followed by the cheesy grin that had sent such fear into the hearts of Duke and Milo.

‘Well, if it isn’t Roland’, the Catfish sneered. Fancy seeing you here at this Doggy Care Near Me’.

‘What are you doing terrorizing these poor dogs?’ I cried. ‘I thought I told you the last time you tried to mess with the agency that we didn’t want to see you around here again!’

The Curious Catfish laughed and flipped its tail. ‘It’s too much fun,’ he replied, ‘and besides, I need them for my new master plan’. I didnt wait around to hear what plans he had in store for my new friends; In the short time that I’d been here I’d grown to like the strange drooling faces around me. This Doggy Care Near Me wasn’t so bad after all, they were just being frightened by the worst fish in the sea, and I was going to stop it. 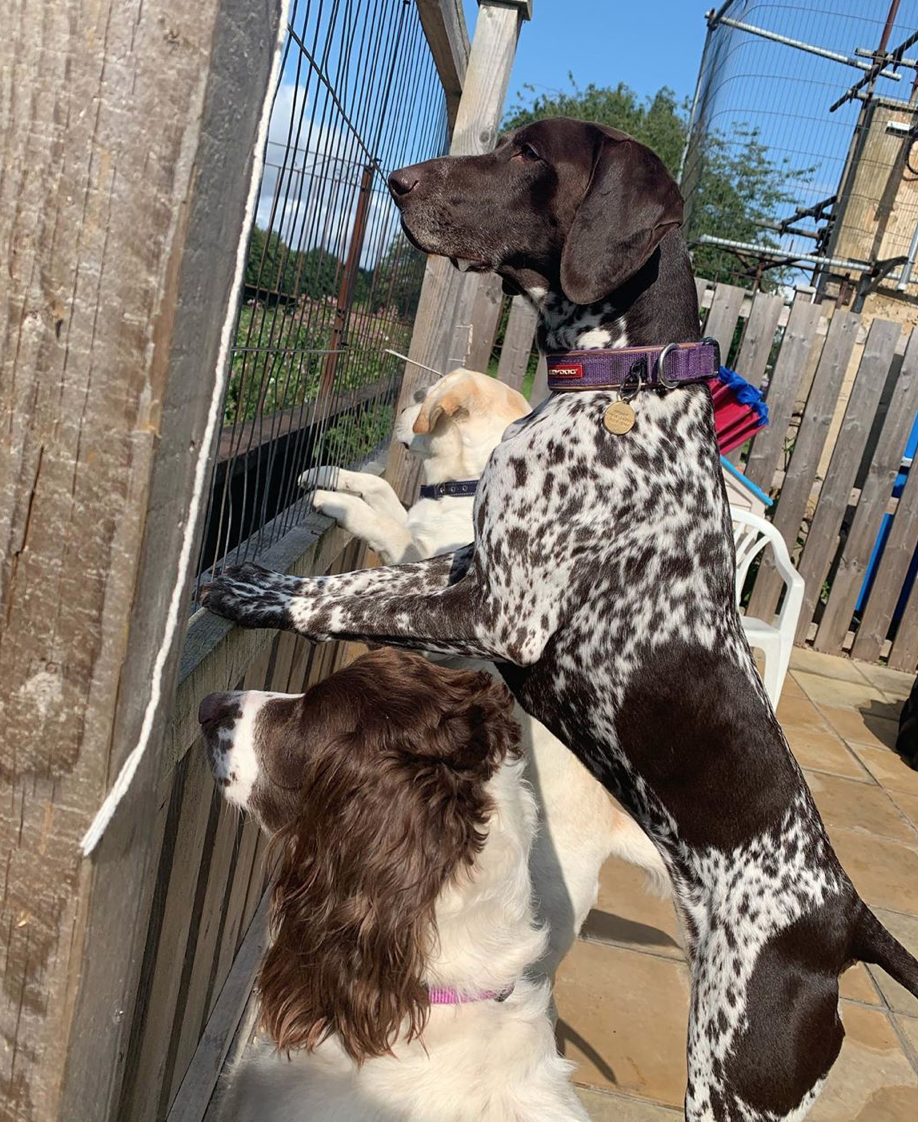 There was a collective gasp as I jumped up over the fence and dove down into the water. The last thing I remember seeing was the Catfish’s stunned face before I landed beneath the choppy currents of the River Wharfe. There was a tussle and a lot of flippers flapping around, and then the Curious Catfish swam away down the river and out of sight. I swam back to the shore and ran back in through the River Dogs front door, careful not to get spotted by George as she filled everyones bowls with tasty snacks.

‘That was incredible!’ Milo cried alongside other gasps of shock and surprise. I took it all in my stride; this was just another day in the life of a super spy, and although the nice ladies who work at River Dogs think of me as a cute little pupster with a waggy tail, my new friends now all know the kind of things that I get up to when they’re not around. I guess I’m glad that my pal Roger told me about this Doggy Care Near Me now; it’s nice to blend in once in a while, you know? 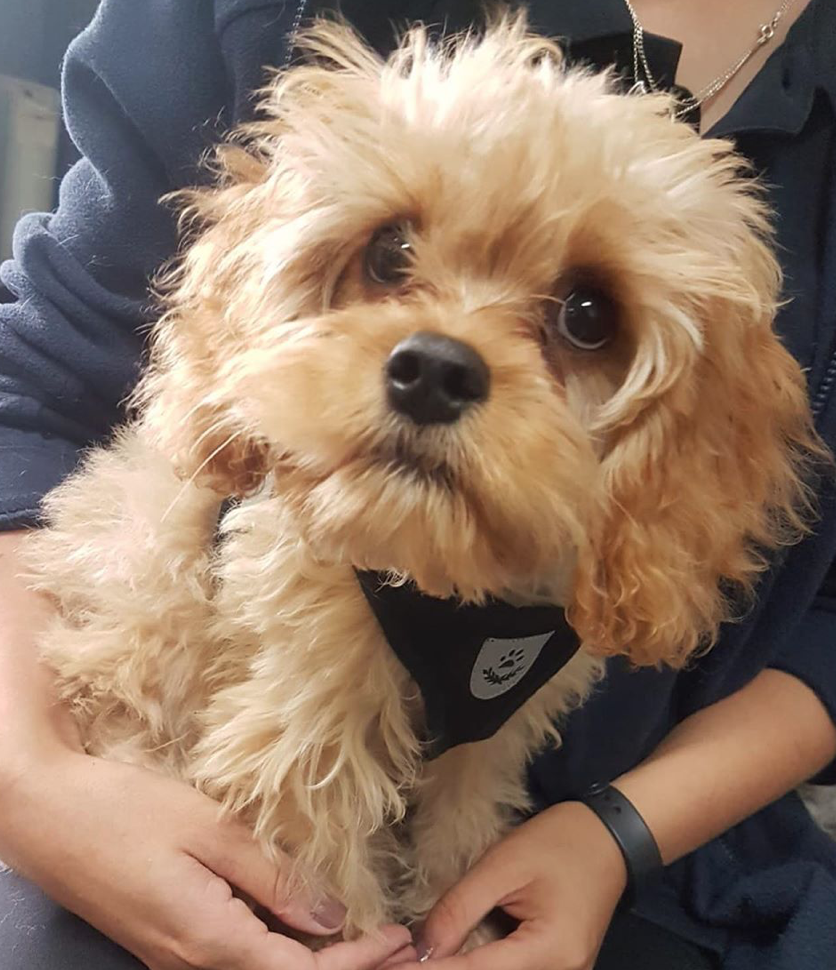 The cute face of a super spy!

Thanks for checking out this dog blog from our newest recruit, everyone! I’m sure all of our four-legged friends will feel much safer now that Roland is around to protect them from strange goings on and the Curious Catfish! Stick around and check out Why Dogs Are Good For Our Health, or say hello to our New Dog On The Block and meet more of our new customers while you’re at it!