10 Dog Myths That The River Dogs Have Proven Utter Nonsense!

Hello everyone, and welcome to another River Dogs dog blog! It’s been a terrible week in terms of rainy weather here at our Tadcaster Dogg Day Care centre, and even though they could have donned their dog walking rainy day essentials and headed out into the storm, the River Dogs have chosen to spend their time cracking some tricky challenges that we’ve set them. We have set about trying to bust some of the most common dog myths about our four-legged friends, and our doggy day care team took on the challenge immediately. So, let’s put all four paws to the grindstone and crack some of the biggest dog myths on planet earth! 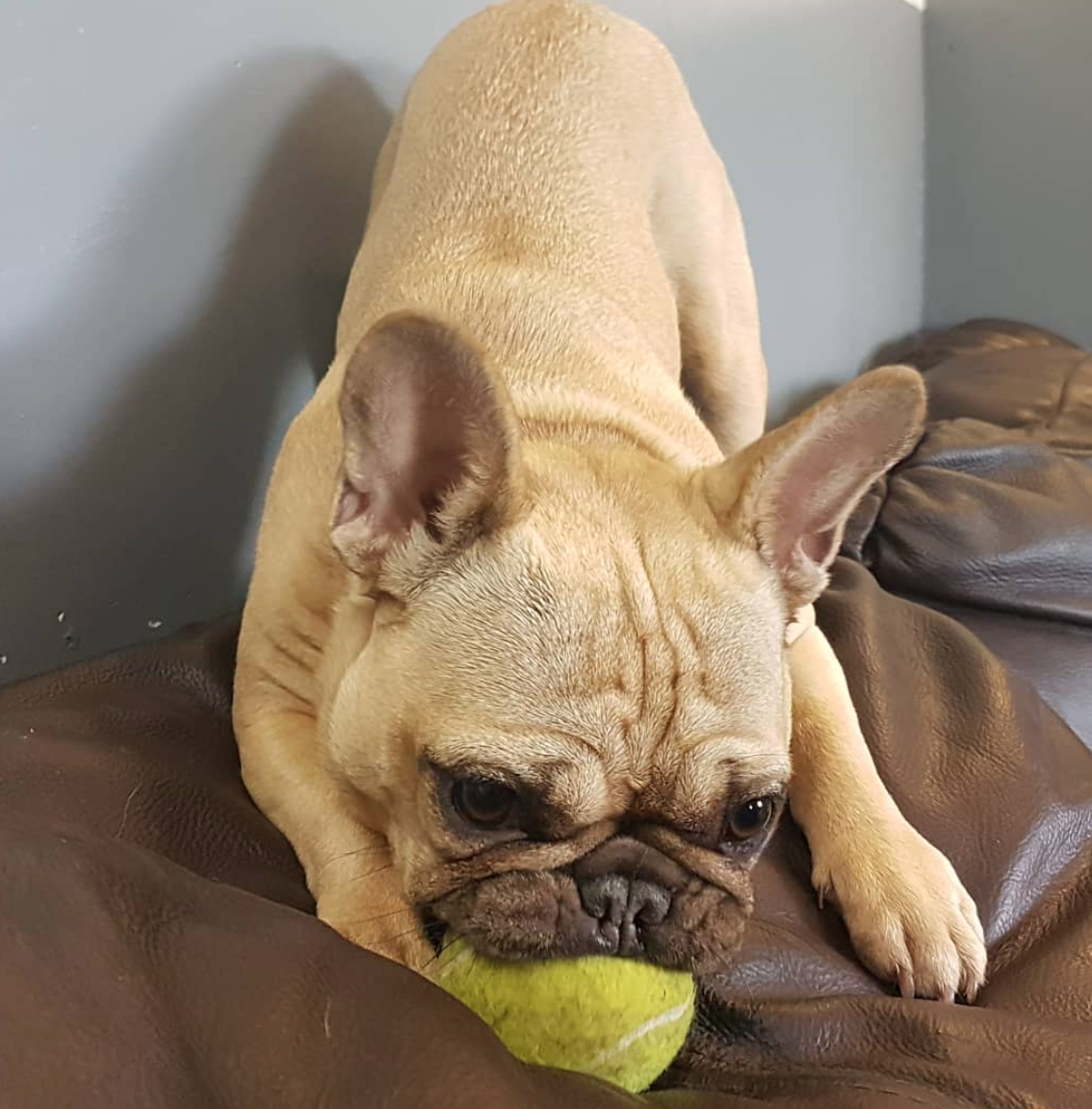 Heidi knows that this ball is green, in fact, she won’t use any other green ball while she’s playing at our Doggy Day Care Yorkshire unit. Ok, it might not look as vivid as you and I can see it, but dogs can still see different shades of colour while they’re tootling around the countryside and snuggling up to your slippers by the fire. The canine eye has 2 of the 3 receptors required to see colour, which means that they are certainly not colourblind. It’s not known exactly where this rumour originated, but it’s likely that it was spread about by a lazy dog who didn’t want to sort the recycling into the proper coloured bins. Typical!

We all know the look; you’ve come home from a meal at your favourite restaurant to find the carpet in tatters and all of your favourite hand towels torn to shreds by a small little tyke with floppy ears. You put your cross face on and look down at them, and they appear to look stricken by guilt as they realise you’ve used your Sherlockian detective skills to pin the blame on them. Well, that guilty look has nothing to with them owning up to the crime, it’s just a response to your mood.

Dogs that look as though they’re about to come clean about a mass robbery are actually just responding to your own feelings of unbridled rage/disappointment/sadness over the loss of your towels (delete as necessary). This, according to scientific research, is what they do when they’re trying to let-off pent-up tension after feeling threatened. 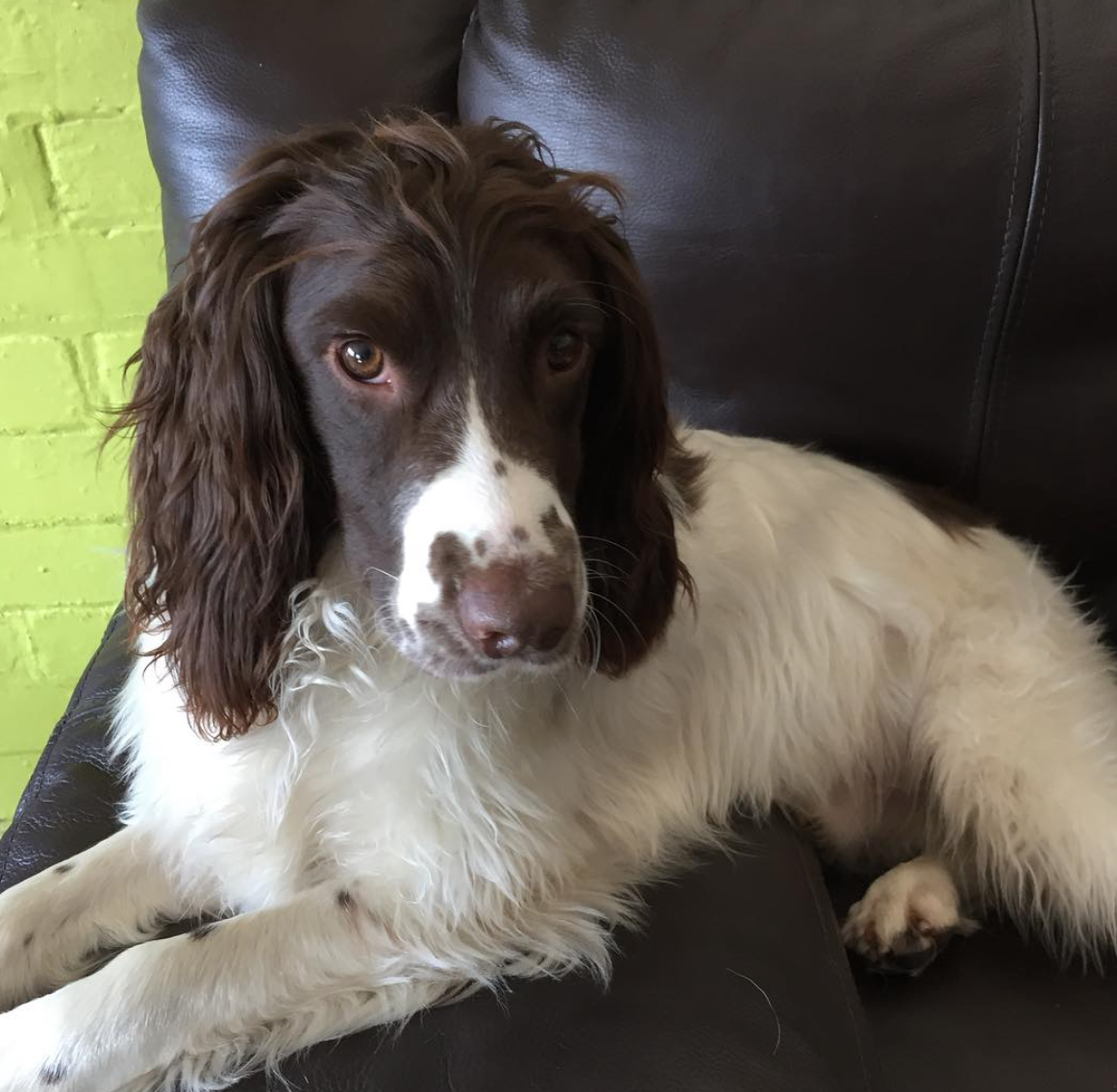 It would be nice to think that we understood the ageing process of our furry friends, but Archie has found out that the lucky number 7 is more of a generalisation and a guess than anywhere near the truth. Dogs age differently depending on their size and breed, and the first year of a dog’s life can be more closely compared to the first 12-14 years of human’s life. Imagine experiencing learning to walk, the pain of Brussel sprouts, your first forays into love, and having to start a paper round all in the same year. It doesn’t even bear thinking about; our furry friends have got it tough!

4. You Need To Be The Leader Of The Pack

There’s a lot of conjecture going around about the next point on our list of dog myths; needing to show your dog that ‘you’re the boss’ for it to behave. This line of thinking actually comes from a test that was done in the ’70s when discerning how wolves chose their pack leader. So, not only is this study almost 50 years old, but it’s also based on gnarly wolves, not smiling spaniels or placid poodles!

I know that all dogs are descended from wolves, but scientists now realise that wolf families are kind of like our own familes, and that the leader of the pack is the one that looks after the smaller cubs, not the one who tears ears off and can last four rounds in the ring without a knockout. As dog owners, you need to teach your little pups right from wrong, how to act in society, and that it’s ok to be smaller than the other kids in the play yard. It’s just like looking after a child, albeit with a wetter nose, and all of the talk about you eating before your dog or that you have to be cruel to be kind is a load of rubbish. Be patient and be loving, and you won’t see any of the guilty faces from point 2. 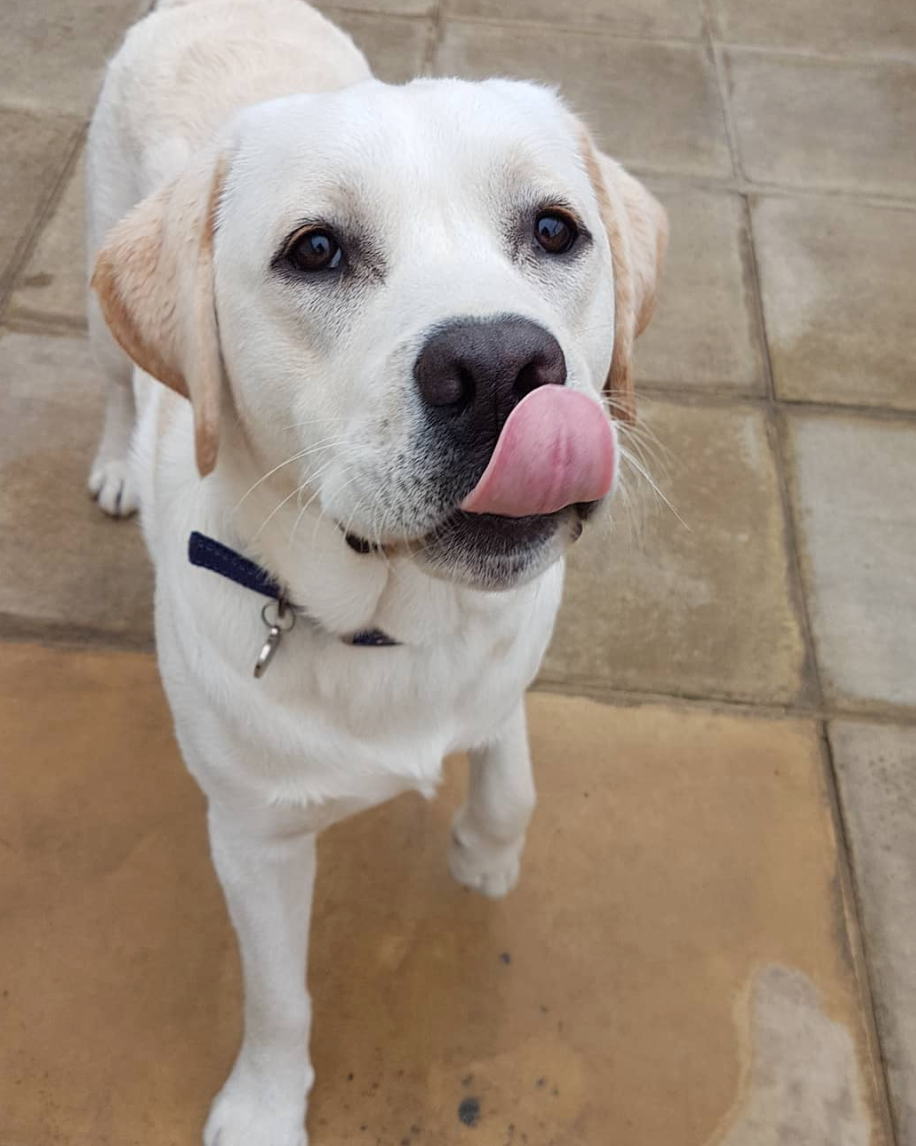 I think this is one of the dog myths that they teach you in school, but it’s actually a load of codswallop. Barney has been testing this theory by checking the feel of his nose every few minutes, and he can confirm that a wet nose does not necessarily mean that you’re fit and healthy. His nose was, in fact, dry on a number of the occasions that he tickled the end with his tongue, and he felt fit as a fiddle the entire day! Wetness and the temperature of a dogs nose can vary throughout the day and doesn’t necessarily mean that you need to make an emergency appointment at the vets. Instead of using your pooch’s nose as a sign of their health, look out for more common signs like a change in appetite or a change in the way they go about their daily routine.

6. Dog’s Mouths Are Cleaner Than Humans

We all know someone or have seen someone who shares their ice cream with their dog. Dogs have a lot of germs in their mouths, especially because they use their tongues and teeth like we would use our hands. Think of the things that they might be eating when they go out into the woods
(mine once ate a dead squirrel!).

This myth probably comes from the fact that dogs ‘lick their wounds’. The notion is in plenty of novels and screenplays with fighters or ruffians skulking off to lick their wounds after being defeated in a street brawl. A dog that licks its wounds is actually removing dead skin from the area and increasing blood circulation, which might be the reason why any cuts heal faster. This theory only applies to the wounds that haven’t gone septic through bacteria on the dog’s tongues, however, so it’s a saying that is based on an unknown percentage. Not only is this one of the most popular dog myths, but it’s also a pretty confusing (and false) one too!

7. Dogs Eat Grass When They Feel Under The Weather 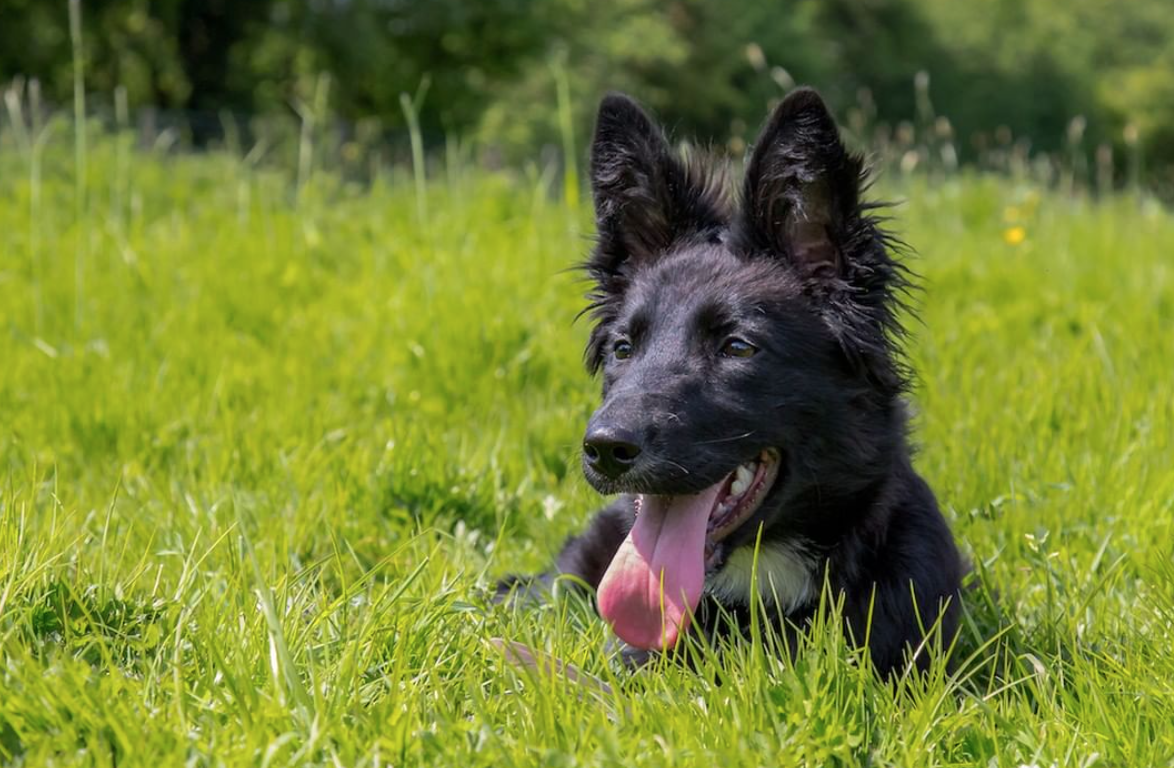 If you’re not partial to a bit of grass, then we suggest that you don’t try this next one at home. The River Dogs have worked tirelessly to create iron-clad stomachs that can withstand the strangest of delicacies, and it just so happens that grass is a nice garnish on the top of a T-Bone steak or a lovely Pupparoni pizza. The dog myth about our canine cohorts eating grass when they feel sick is only half true; sometimes they just do it for no reason other than through boredom or because it’s fun! As long as the grass hasn’t been treated and is what we would like to call ‘an organic delicacy’, then small amounts aren’t likely to cause any harm. Just remember though guys; grass might be a moment on the lips, but it’ll be a lifetime on those hips!

8. Garlic Is A Good Way Of Getting Rid Of Ticks & Fleas

Garlic is bad for your dog; it won’t get rid of ticks or fleas, but it can cause something called hemolytic anemia, a disease that causes the body to attack red blood cells. It’s a serious condition and one that could end up with your pooch needing a blood transfusion and a long stay at the vets. Keep the garlic in the pasta sauce where it belongs and away from your tail-wagging-tots. 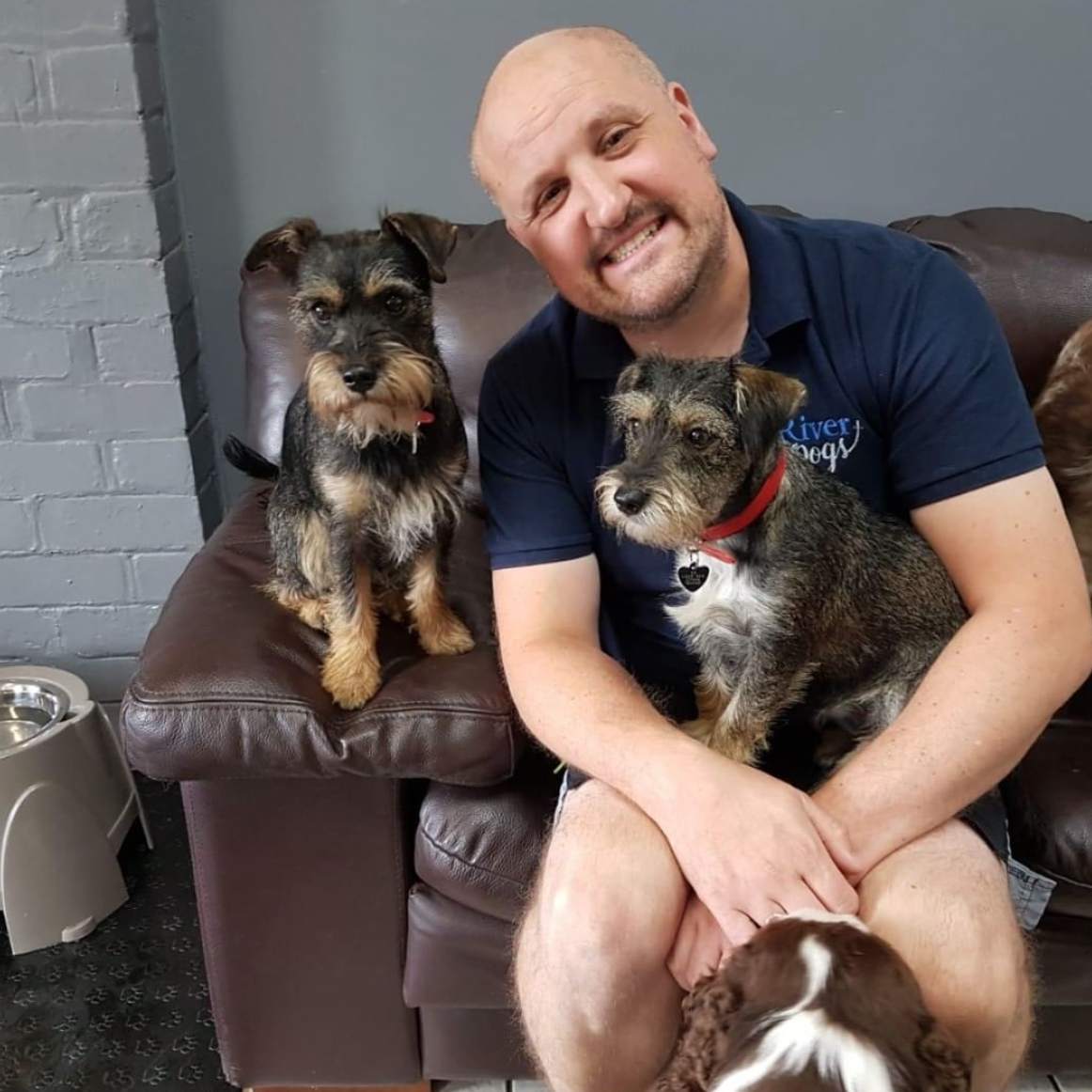 No, we’re not talking about Mark here. Dogs are always able to learn new things, especially the River Dogs who always surprise us with their zany antics and newfound skills. It’s not that they can’t learn new skills, it’s just that they sometimes don’t want to! Children learn foreign languages much easier than older adults do, but it doesn’t mean that your granny can’t or won’t pass that French test that she has been revising for. Older dogs take a little bit more persuasion and practice to learn new behavioural traits, and sometimes it might require a little bit more effort on the part of the trainer. Don’t give up on your furry pals; with a little help from a friend they’ll get there in the end!

10. It’s Ok To Give Ibuprofen To Your Dog

The last entry on our list of dog myths is one that we’ve come across a lot, and it’s also one of the most dangerous (other than garlic of course!). We take Ibuprofen when we’ve got a sore muscle or a bit of inflammation, so it must be ok to crush a couple up for our dogs when they’re a bit achy or to help with their arthritis, right?

Ibuprofen is incredibly toxic to dogs and can lead to dysfunctional kidneys and other ailments. Don’t give your dog human medicine; consult your vet to find out what the correct medication is that they need and always speak to a professional before purchasing medicine online. You wouldn’t take dog medicine, so don’t assume that they can have yours!

So there you have it, ten dog myths that the River Dogs have busted for you. Now the next time someone tells you that your dog doesn’t know what colour your dress is or that they are too old to learn how to fetch the mornings copy of ‘The Taily Gazette’ from the letterbox, you can prove them wrong!

Thanks for checking out our dog myths blog. Why not stick around and have a look at why dogs are good for our health or practice your answer for when someone asks about ‘doggy daycare near me‘. Don’t forget to follow us on Facebook, Twitter and Instagram too!