Hello everyone, and welcome to a very special River Dogs dog films extravaganza! We’ve been keeping a close eye on our four-legged friends this past few days, and the things that they do to amuse themselves never cease to amaze us. Not content with only starring in a Hollywood motion picture about the best doggy daycare in Yorkshire, the River Dogs have been putting together their very own show-reel of their acting talents for when Steven Spielberg and George Lucas come knocking on the door of a certain doggy daycare near me and you (you know the one). We’ve taken a few pics of your boys and girls in action so that you can see their skills first hand (but we want a cut when they receive their first paycheque!).

With a long-awaited Friends reunion on the cards, our dogs think that it’s high time that a spin-off series was put into motion to keep fans of Ross, Rachel and the gang entertained. As many of you will undoubtedly know, one of the most famous hang-out spots was the sofa in the coffee shop, Central Perk. Well, ‘Furr-ends’ will be shot right here in the River Dogs studio/daycare for dogs centre, with Mark ‘the man in shorts’ Scott making a comeback to run the ever-popular coffee bar, ‘Puppacinos’. We think that it’s going to be a great success, and the cast is really nailing that all-important promo shot. Doesn’t it make you feel proud, Mums and Dads! 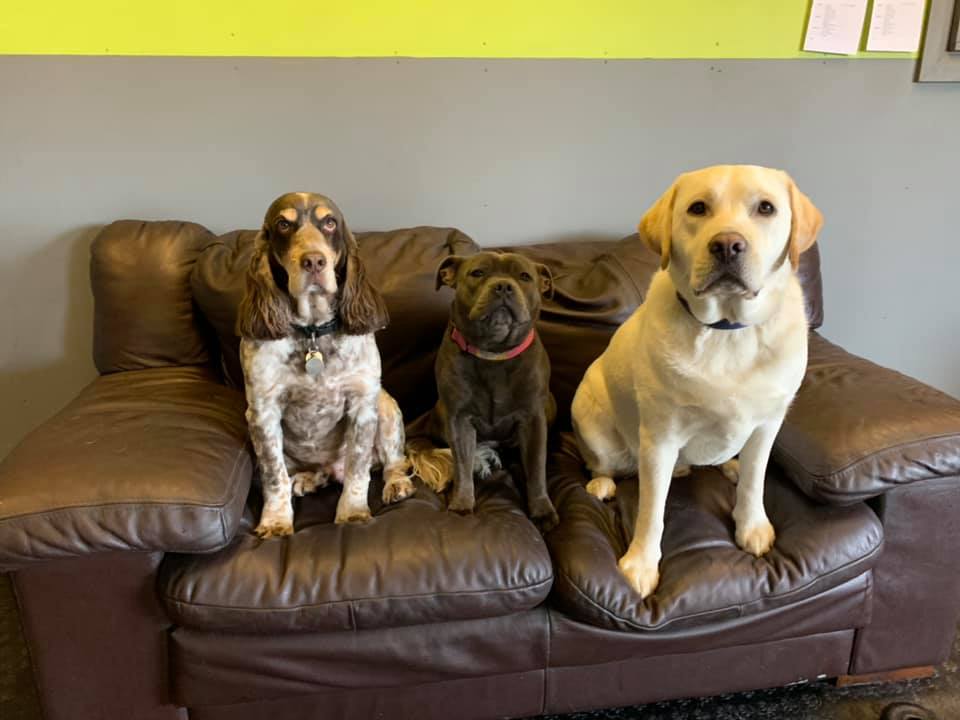 Now I know that this looks like the same sofa from the last picture, but it’s actually a horse. (N.B health and safety says that we can’t put dogs on horses, which is ridiculous. They’re both animals and we reckon they’d get on really well with each other). What you’re looking at is the very first auditions for ‘The Three Pupskateers, with ‘Dogtanion’, ‘Pawramis’, and ‘Barkthos’ signing up for three 90-minute dog films. Our three canine crusaders are showing their steely nerves by acting out a crucial fight scene…it hasn’t started yet, but when it finally gets going you just know it’s going to be good. Those are the faces that will break a thousand doggy hearts throughout their illustrious careers. We can hear the ladies swooning already. 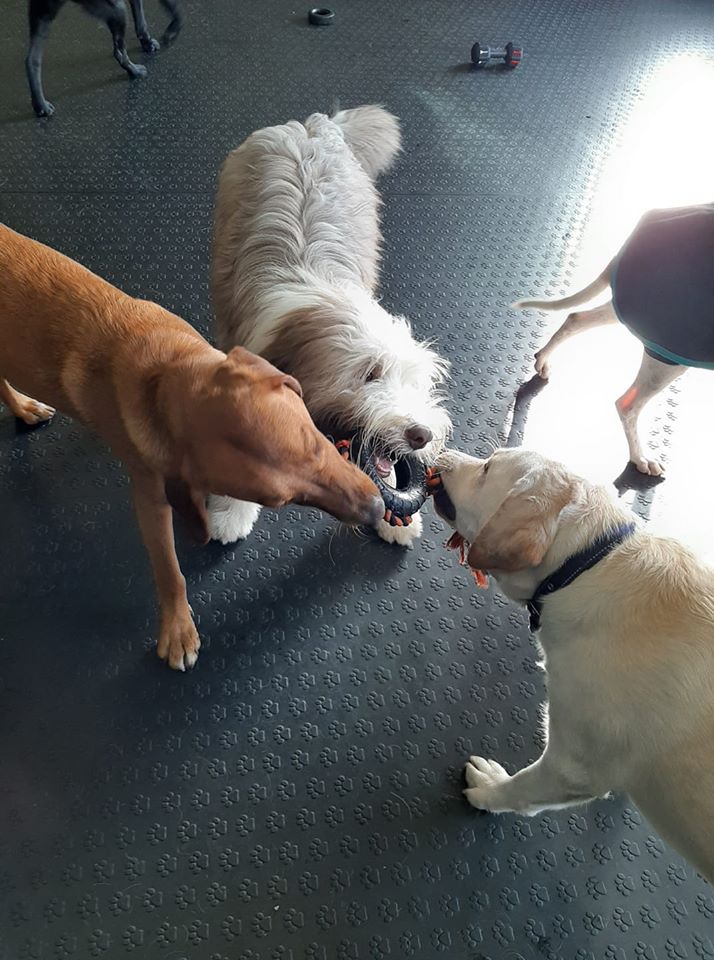 We tried to explain to our next big-screen hopefuls that the premise of the film ‘Snatch’ was about a boxing promoter who gets in deep with some big-time gangsters, but they insisted that is was actually a feature-length film about tugging on a chew toy. And who are we to argue with the stars of these dog films! We’ve got to hand it to them; we watched a little bit of the filming for the new version of Snatch in action, and it was pretty compelling stuff. A three-way contest filled with love, loss, hope, teamwork, and joy. I reckon it could do better than the original! 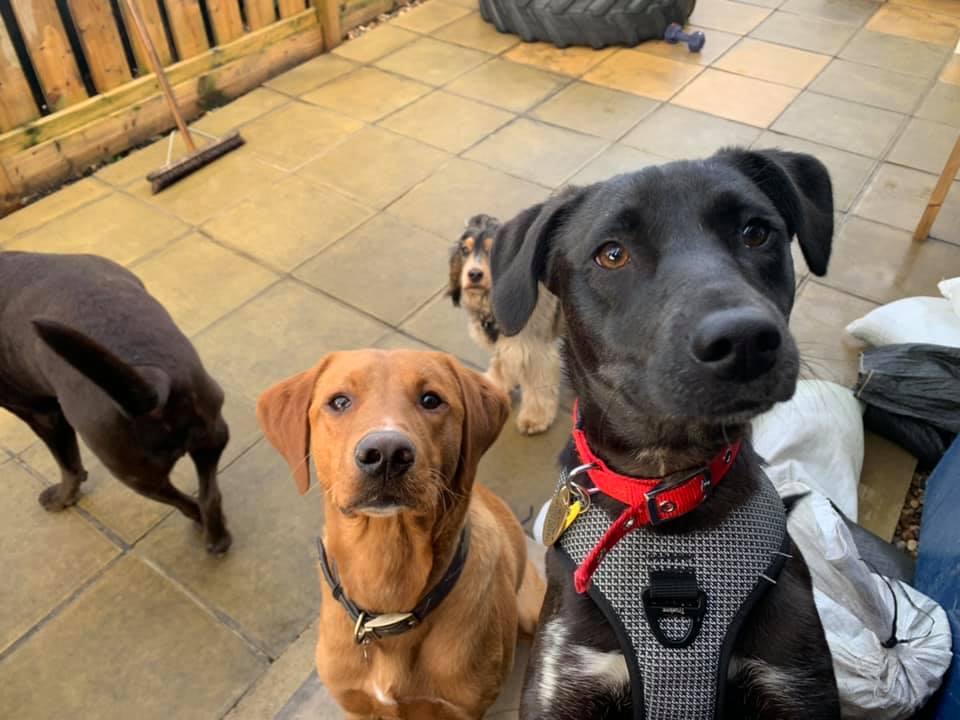 Now, some of you might have heard the news about an intergalactic princess joining the Tadcaster doggy day care scene, and I can confirm that the rumours are all true. Princess Leia, far from being done with the Star Wars saga, has joined the River Dogs team as an envoy to different dog planets from around the world. She’s the driving ‘force’ behind many of our new dog marketing slogans, and she’s a dab hand at using those Jedi mind tricks to get her favourite homemade dog treats. Leia is trying her hand at a few other Princess roles and is considering writing a screenplay for a series of dog films where she and Zelda join forces. That would be a nerds dream come true; we might even set-up a Kickstarter to make it happen! 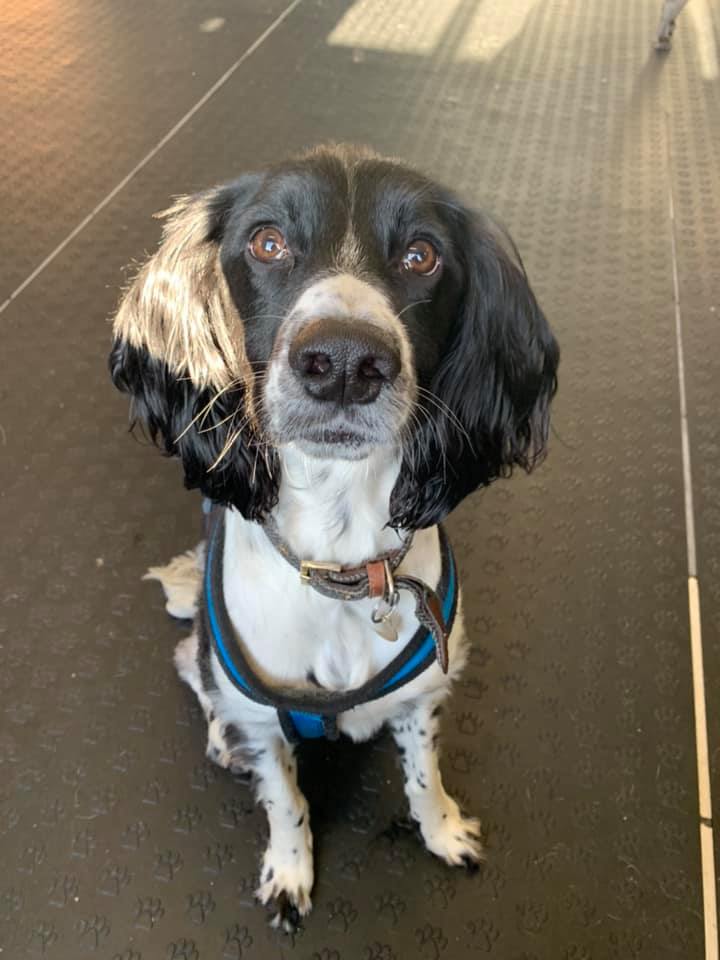 Last but by no means least, Ralphie has shown great promise in his acting career of late. He’s trying out his talents for the role of Alfie, recreating the main character in the self-titled rom-com starring Jude Law. Apart from already having a very similar name (it’s almost the same if you say it fast), Ralphie thinks that he has a lot more to give than Jude does; bigger ears and four paws, for a start. He’s also thinking about trying his paws at the role of Balto, the Siberian husky that led an intrepid expedition to bring medicine to Nome. We tried to explain to Ralphie that while he is a great method actor, he might need to have a breed-change for this film. But true to his ‘have-a-go’ nature, he turned up for this photo shoot in a suave looking sledge harness and a doggy-bag crammed full of determination. You go get ’em, kid!

Thanks for checking out our latest dog blog and for supporting your boys and girls with their individual dog films. We hope that we get to see them walking down the ‘dogwalk’ (catwalk just sounded a little too dangerous in this situation) very soon and that they go on to become huge stars in their own right. For now, we’re just happy to have them sniffing around and snuggling up to us here at River Dogs, and we’re not in a rush for things to change.

Still hungry for more dog blog action? Why not check out the 5 best places to walk your dog in Yorkshire or the efforts our doggy fundraising team are going to in preparation for their muddy run!