Hello folks, and welcome to another River Dogs dog blog. It feels like a whole week since we discovered the secret life of our super spy Roland and his debut Doggy Care Near Me tale of heroism and bravery (probably because it was a week ago; doesn’t time fly!). As you all know, our blogs come out on a Friday evening, which is a shame in a way because we wanted to try and connect with you all on National Dog Day on August 26th! I hope that you all treated your four-legged friends to an extra special helping of biscuits and took them for a very long walk in the glorious Bank Holiday sunshine. While we were enjoying a Pina Colada (and getting caught in the rain), the River Dogs team picked out some of their favourite dog facts for kids (and big kids too) to celebrate this most momentous of pupperific days. It might not be National Dog Day anymore, but these facts will work as great ice-breakers the next time you’re chatting to people down at the dog park or at a party where you don’t know anyone. So, without further ado, let’s get this fact-party started and blow your minds!

Fun Dog Facts For Kids and Grown Ups Too – Learn Something New About Your Pooch!

A Dog’s Whiskers Can Help Them To See In The Dark! 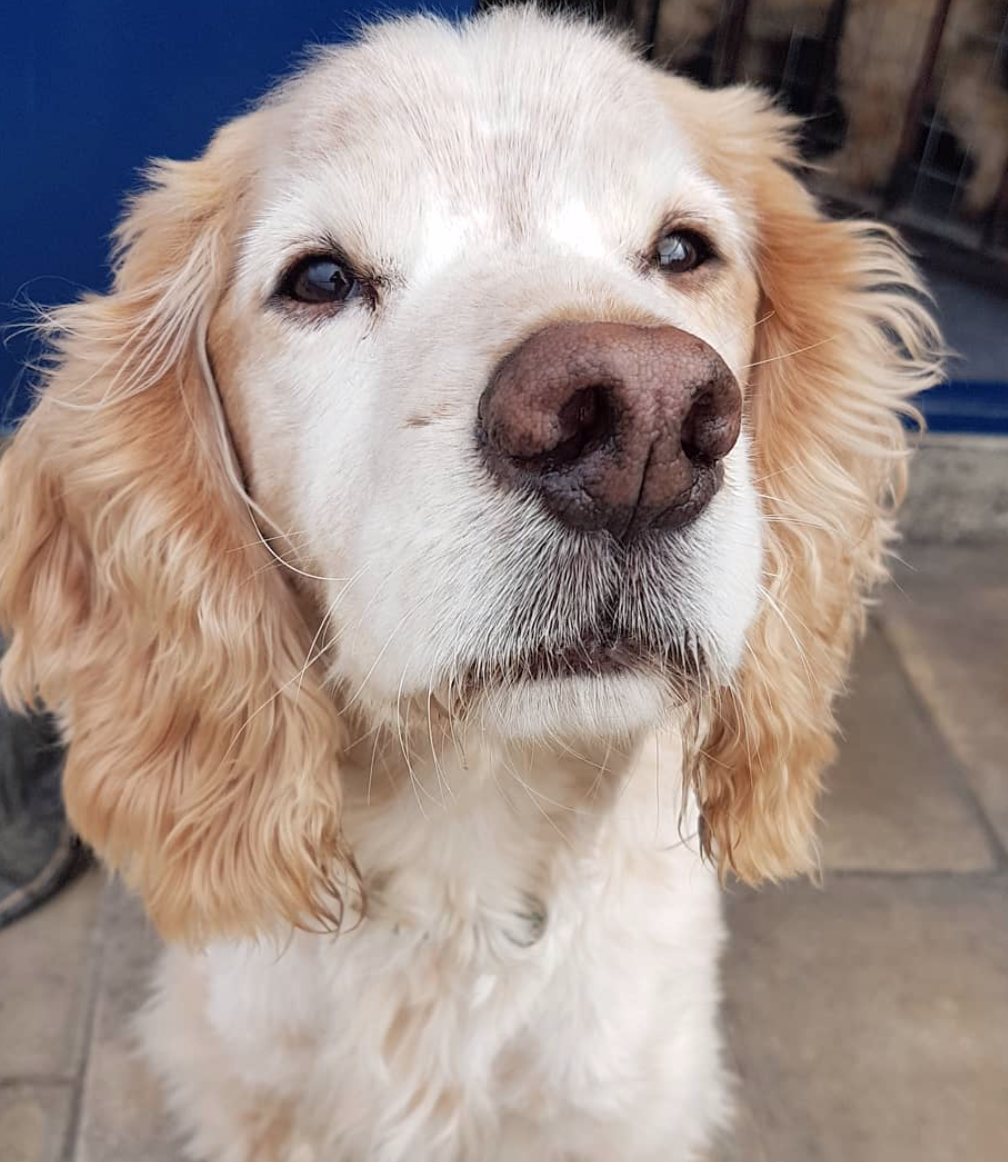 It’s not just Spiderman who can sense things in the dark! Ok, so your dog isn’t about to go out in a spandex suit and save New York City, but if we’re going to make a list of interesting dog facts for kids, then we have to bend the truth a little bit! Whiskers are incredible things and not just thin hairs that tickle your face everytime your dog comes in for a cuddle. They help your pooch to get a better grasp of their surroundings even when they can’t see very far ahead. Whiskers can help to pick up changes in air currents, giving your four-legged friends a better picture of the shape and size of nearby objects, but also the speed in which things are approaching them so they know if they need to jump out of the way. It turns out that Whiskers are pretty hi-tech things; maybe James Bond should get himself a pair! 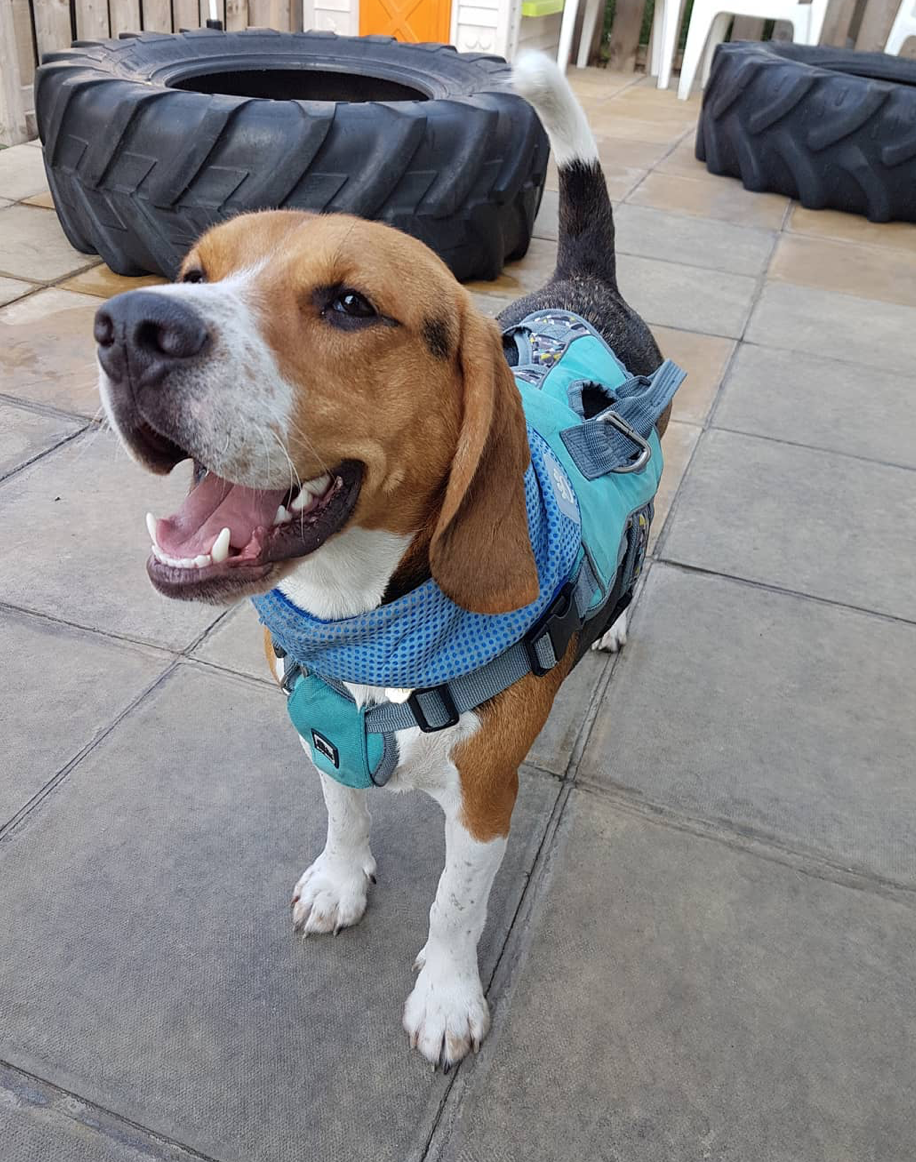 A 15 year old to be precise. They might not be as moody or play loud music, but they certainly are as athletic and boistrous. Kids, if your parents are considering getting a dog and you still want to be the best track-runner in the family, then maybe convince them to wait until you’ve gone to university. They’ll probably thank you; having a children and four-legged teens in the house at the same time could get pretty messy! 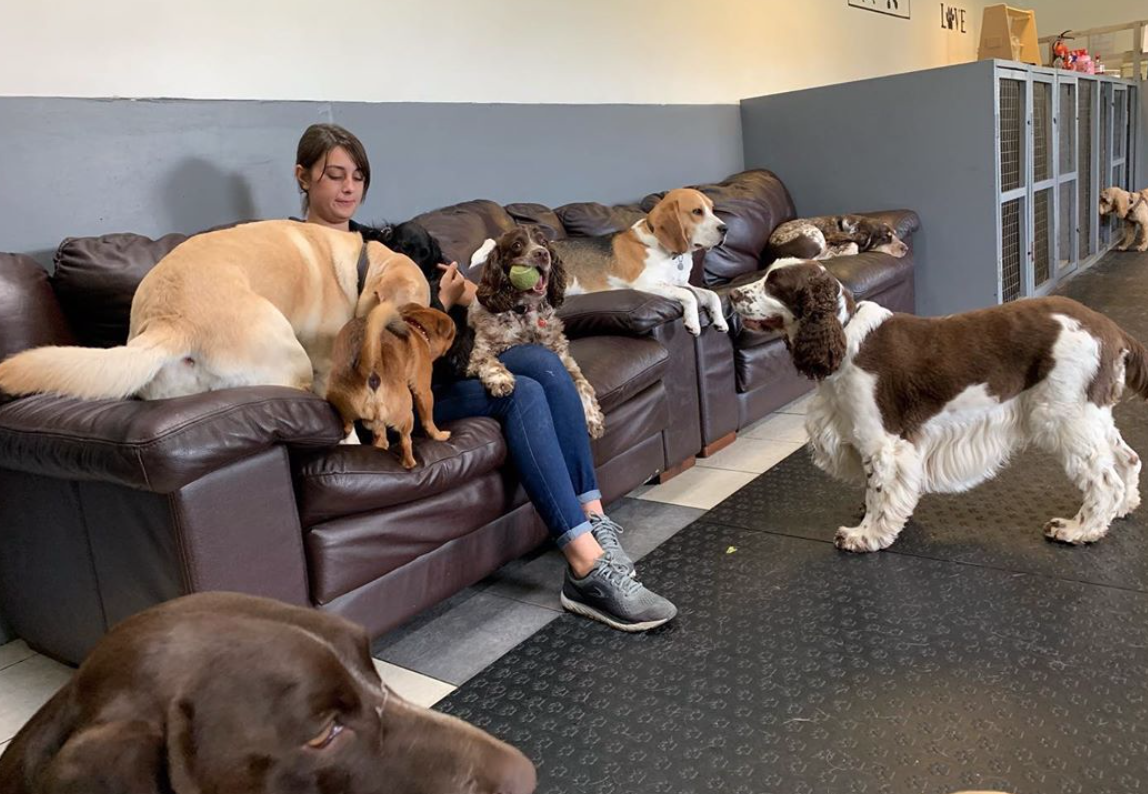 I know this next fact on our dog facts for kids list might be a bit insane, but all kids love potty humour, right? Yes, studies have shown that dogs do in fact like to poop with all four paws in line with the Earth’s magnetic field. They use it to find the perfect place when doing their number two’s. If that wasn’t weird enough, they also position themselves in a North-South axis too. If that doesn’t impress your mates on the playground, then I don’t know what will! 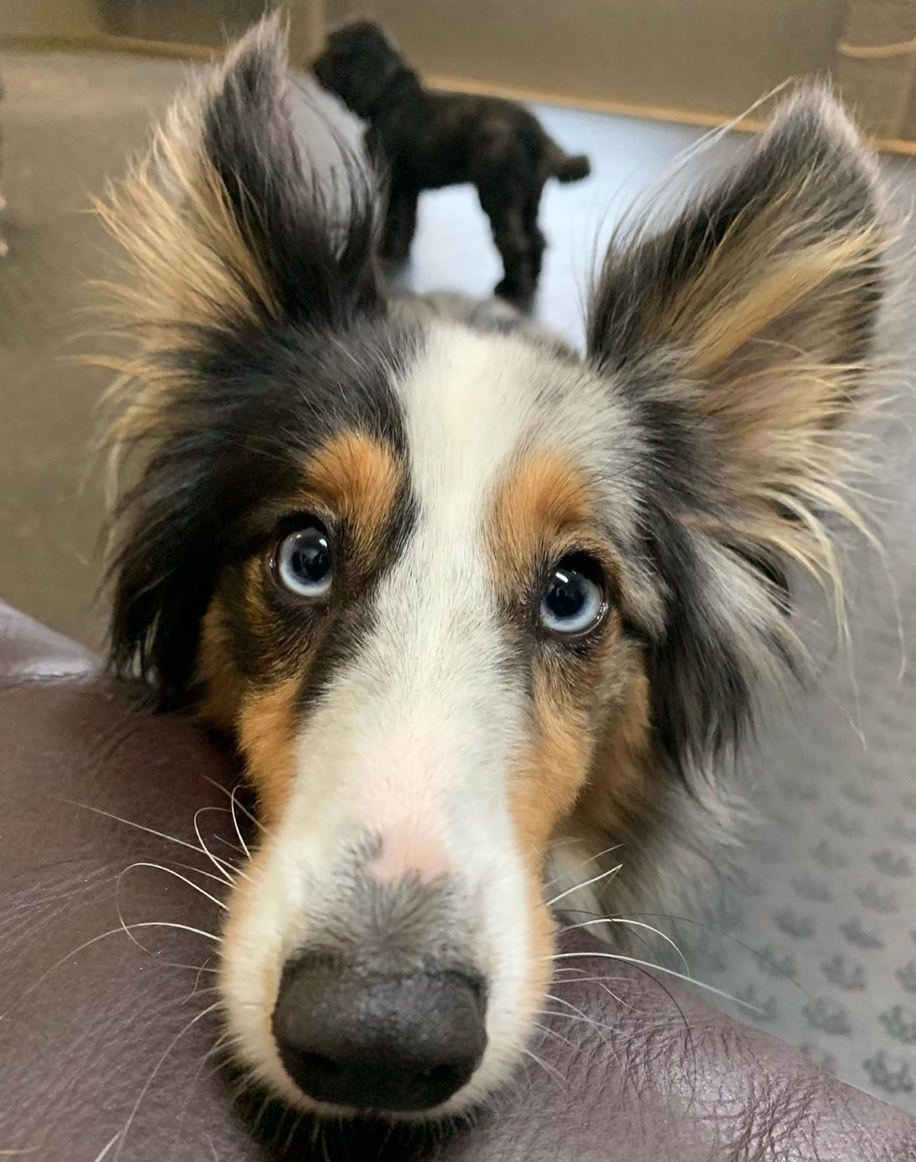 Some of the grown ups who are reading this blog might think that this next fact on our list of dog facts for kids smells a little fishy, but it’s perfectly true! Dogs have anywhere between 125 – 300 million scent glands in their noses. It all depends on the type of breed as to how many each dog has, but even the lowest amount is far more than our measly 5 million scent glands. The part of the dogs brain tha keeps smells in check is also 40 times larger than ours too. Most of the rest of their brain only has to contend with thinking about sleep and biscuits, but it’s still a pretty impressive fact! Dogs can also smell your feelings too, so if you’re sweating because you’re nervous for that job interview, then your pooch will know!

Dogs Do Have A Sense Of Time 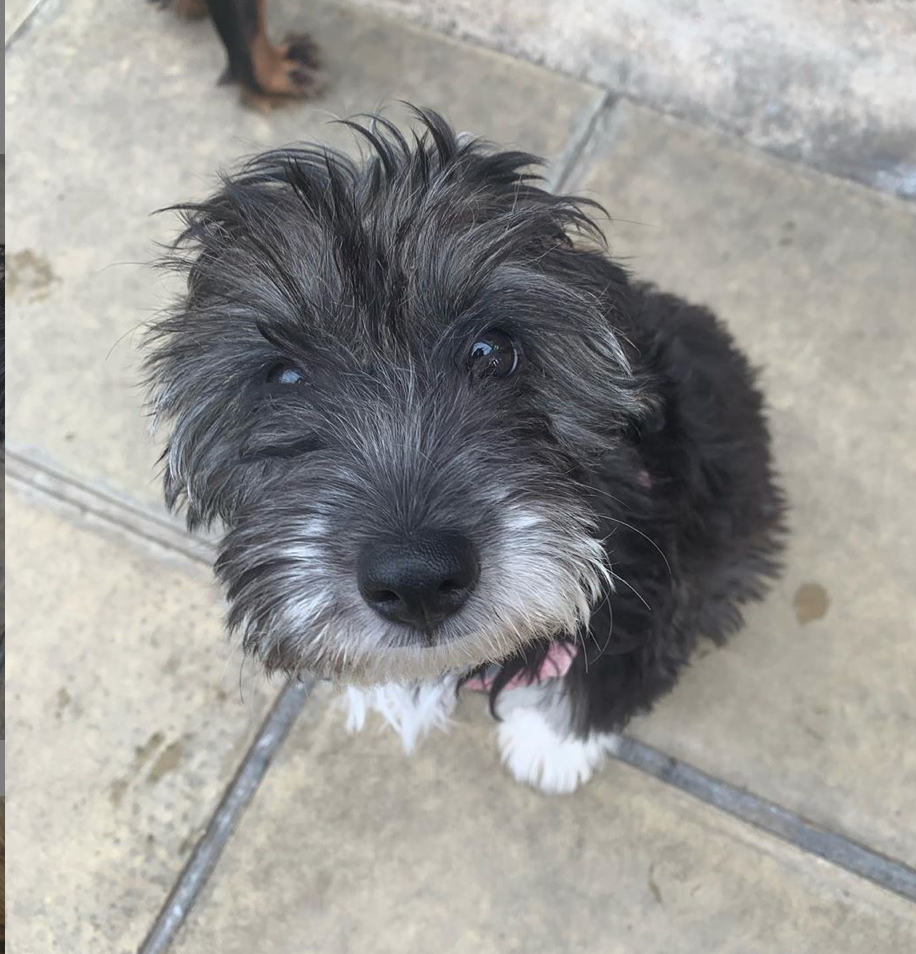 This next dog facts for kids is one that our adult owners should pay attention to! No matter how many times you tell your dog that you’re only going to be gone for ‘two minutes’, they do have a sense of time passing and miss you while you’re away. Ok, so they might not be able to tell the time and work out when you left and how many hours, minutes, and seconds that you’ve been gone for, but they know that you’ve been a heck of a lot longer than two minutes! Don’t insult their intelligence next time you leave the house; tell them exactly where you’re going, how long you’re going to be, and what you’re going to be doing while you’re away. The truth can’t hurt!

There you go, folks! Thank’s for checking out or list of our favourite dog facts for kids and grown ups. We hope that you managed to pick up a few new facts while reading this blog, although we guarantee that the poop one will probably be the only one you remember the next time you speak to your friends!

Head on over to our Doggy Day Care Tadcaster Blog to read more epic tales and doggy-day-accounts from our humble daycare centre here in Tadcaster!