Hi everyone, and welcome to another River Dogs dog blog. Now you might be wondering which of our furry friends is going to be introducing tonight’s dog blog, and it might shock you to find that none of them wanted to step up to the plate this week. We asked Binky and Maisie, cajoled Frankie and Betty, and we even bribed Poppy with a new spotty collar, but none of our Dog Daycare blog-writing specialists wanted to put paw-to-paper for us this week. ‘Why,’ I hear you ask? Haven’t you heard; it’s the River Dogs Chat Show auditions of course!

Who Will Be The Host Of Our Dog Daycare
Chat Show – ‘Barking Up The Wrong Tree’! 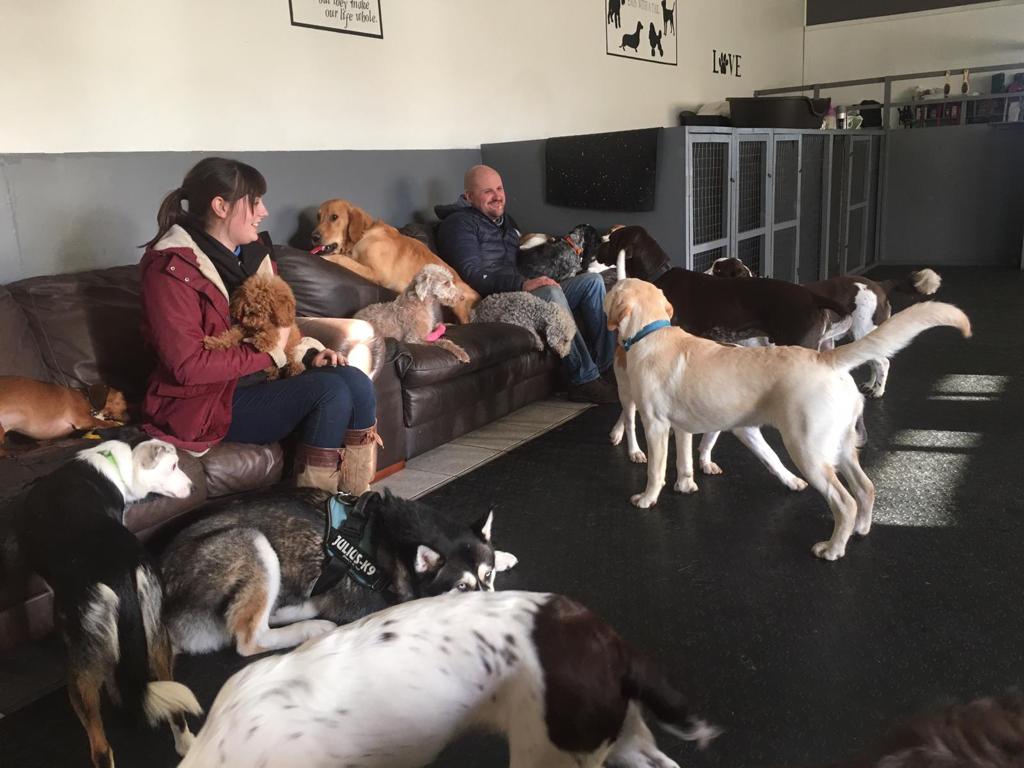 We opened the doors this morning expecting a few pairs of paws to totter into the River Dogs Daycare centre, but we certainly didn’t expect the mad rush that followed. It seemed like the entire pooch-population of Yorkshire had heard about our open auditions, which could only mean one thing – a star was going to be born!

Helen set about giving everyone a number and an audition time while the wandering hopefuls practised their lines and got ready for a chance to shine in the spotlight. You could have cut the tension in the air with a knife, and I don’t mind telling you that we were all getting a little bit excited!

Just then, the play yard door opened and our official adjudicator entered. Everyone turned as one, their hearts in their mouths as they watched Oscar the Wonder Dog (five-time world dog show champion) walk right up to The Man In Shorts. He took a little bow, and then he posed for his official picture – the competition had begun. 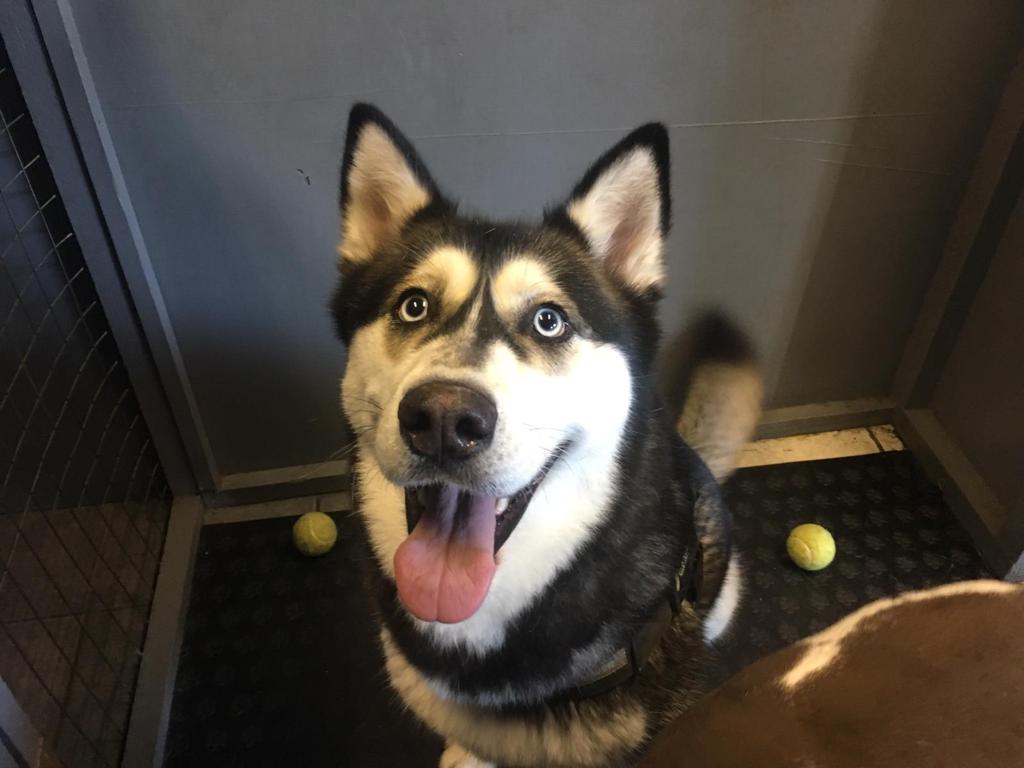 Who Will Have The ‘Woof Factor’?

Our Dog Daycare stars took to the floor one by one while we sat and watched. We saw ball games by Barney that would have taken your breath away, heard great jokes from Ronda and The Shnacks, and we were even treated to a bit of Shakespeare from Bess. Frankie showed us that he had ‘The Moves Like Jagger’ as he took to the floor, and Poppy gave us a tearjerking rendition of ‘Amazing Grace’ that left Helen groping for the box of tissues.

Oscar looked at all of the applicants in turn, stopping to give a little bit of feedback after each performance. It soon became clear that he wasn’t just looking for the next ‘Emile Husky’ or ‘Kanine West’; he wanted somebody who could talk the talk and walk the walk. He wanted somebody who could cope with the rowdiest of crowds and make in-depth topics seem as though they had a light at the end of the bone-shaped tunnel. Luckily for us, the next pooch to audition ticked all of the boxes. 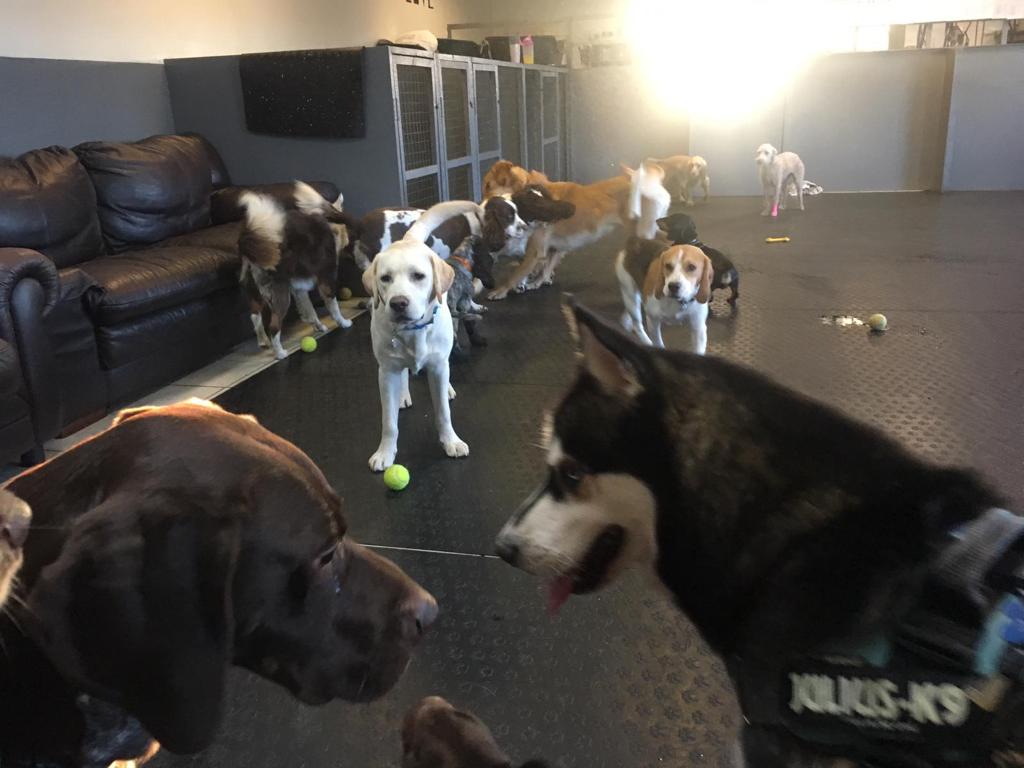 The spotlight came down on Brutus (well actually, The Man In Shorts was just changing a bulb and paused for dramatic effect. He wagged his little tail (Brutus I mean, not The Man In Shorts) and jumped straight into interviewing Auntie Lucy about her Top 10 cuddles of all time. __ had us all in stitches, especially when he grabbed the nearest tennis ball bucket and pretended he was hosting the 2019 ‘Wimbledog Championships’.

And The Winner Is…

Brutus finished his routine, and the crowd waited eagerly for Oscar’s response. After a few seconds, he barked loudly and proclaimed Brutus Beagle the new Dog Daycare chat show host of ‘Barking Up The Wrong Tree’. Everybody cheered and congratulated Brutus on his new role; there’s never any bitterness in these River Dog’s competitions, and our four-legged team members always look out for each other and are super supportive.

With the title in the bag, Brutus jumped up onto his official Dog Daycare chat show sofa and prepped the team for filming. It’s going to be a busy week here at River Dogs, and I’m sure that you’ll all agree that we’ll have one heck of a Dog Blog coming next Friday! 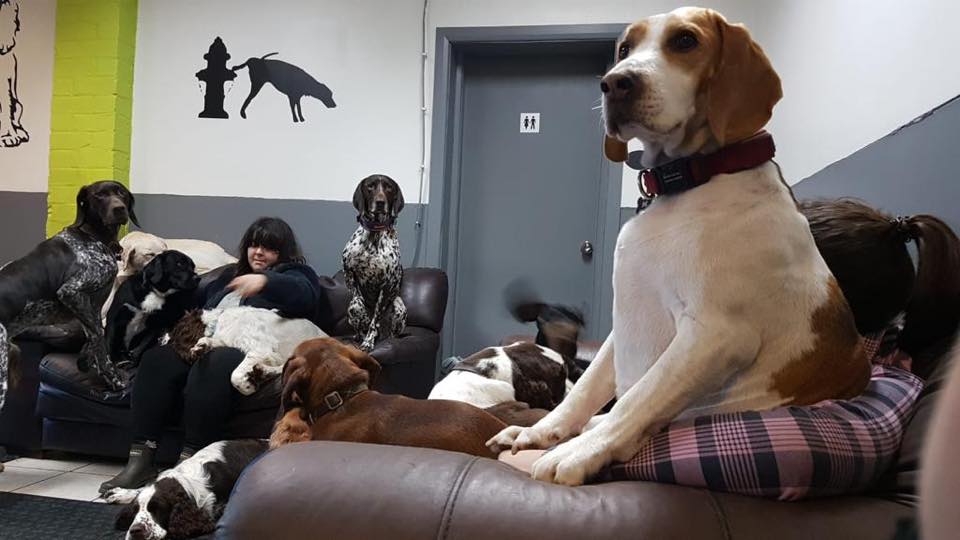 Want to stick around for more canine capers? Why not check read about Doggy Daycare Near Me, or take a look at why River Dogs is the best-licensed daycare centre around!