Hello everyone and welcome to another episode of the legendary, the spectacular, the global success that is the River Dogs dog blog (that intro gets better every week!). We hope that you’ve had a chance to check out some of the eco friendly dog products that we highlighted last week, and here’s hoping that we can all make a greener, safer world for the little pups and shining doggy day care stars of the future. Speaking of stars, today’s blog is all about a special little four-legged friend of ours who has just come back from a very prestigious event. His furry face has been televised all around the world, with thousands of viewers tuning in on YouTube and many more kicking back in their pyjamas to watch him in action. We are, of course, talking about the one and only Sully, and his adventures at Crufts 2020!

Other dogs will tell you that the first couple of days of the event are the most important, but we know different. The fourth day of Crufts is what everyone was waiting for, and that’s because one of River Dogs‘ very own furry customers was stepping into the ring with all four paws directed towards success. Sully has been under an intense training regime over the past few months, upping his belly rubs and playtime antics to that of a honed professional. His concentration levels have been through the roof, and from what we saw today, his hard work has certainly paid off. 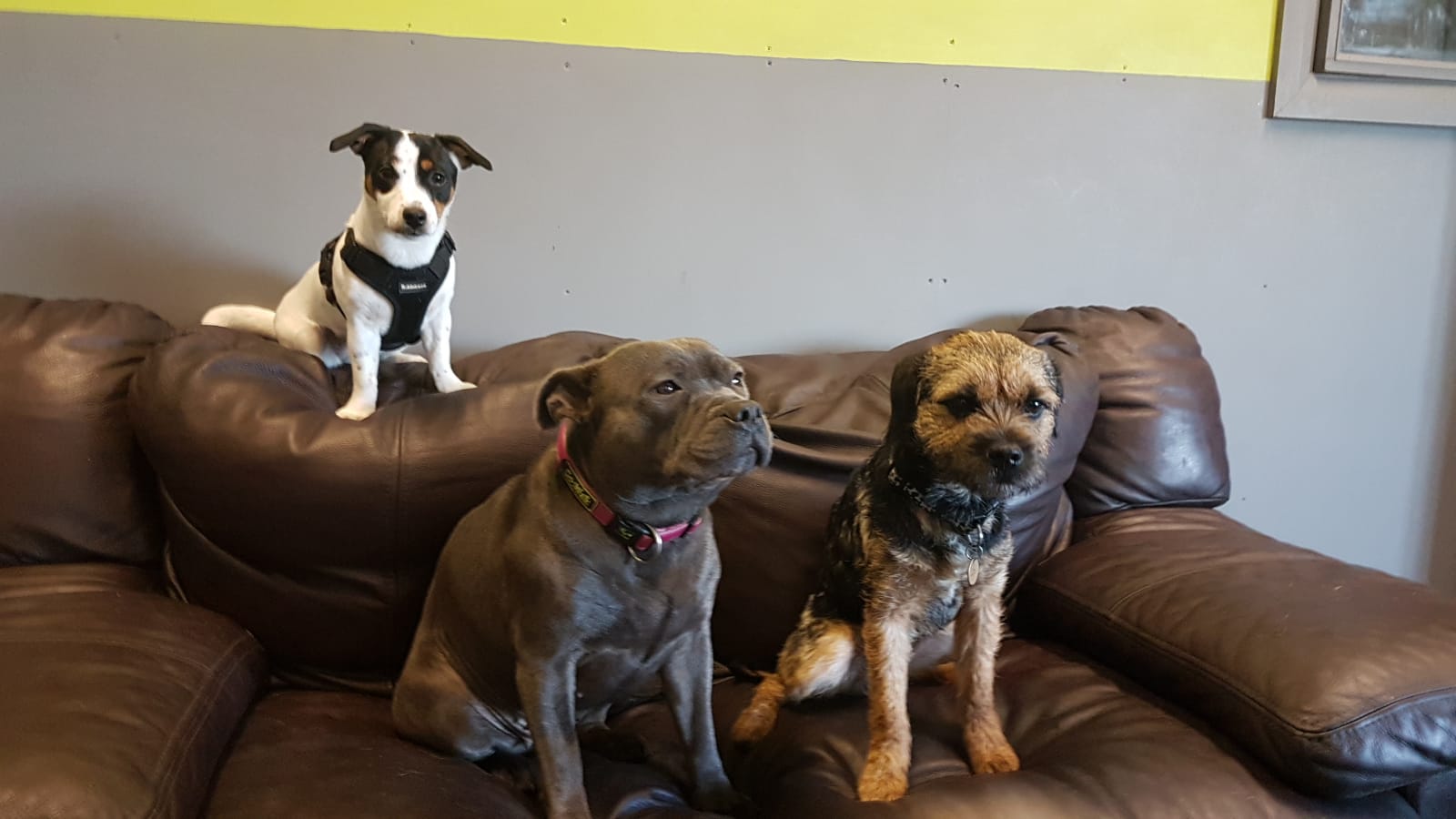 I can’t play today, guys. I’ve got to train!

Well before many sleepy pooches were even awake, Sully was stepping out into the Crufts 2020 ring and showing the judges his superb skills. The categories; ‘Best Border Terrier’ and ‘Good Citizen’, two accolades which Sully already won a long time ago in our eyes. The competition was fierce, tails tense, eyes set on the prize, and our little Sully went on to achieve two rosettes with the award of ‘very highly commended’ in both categories.
We always knew that he’d do well! Atta boy, Sully! 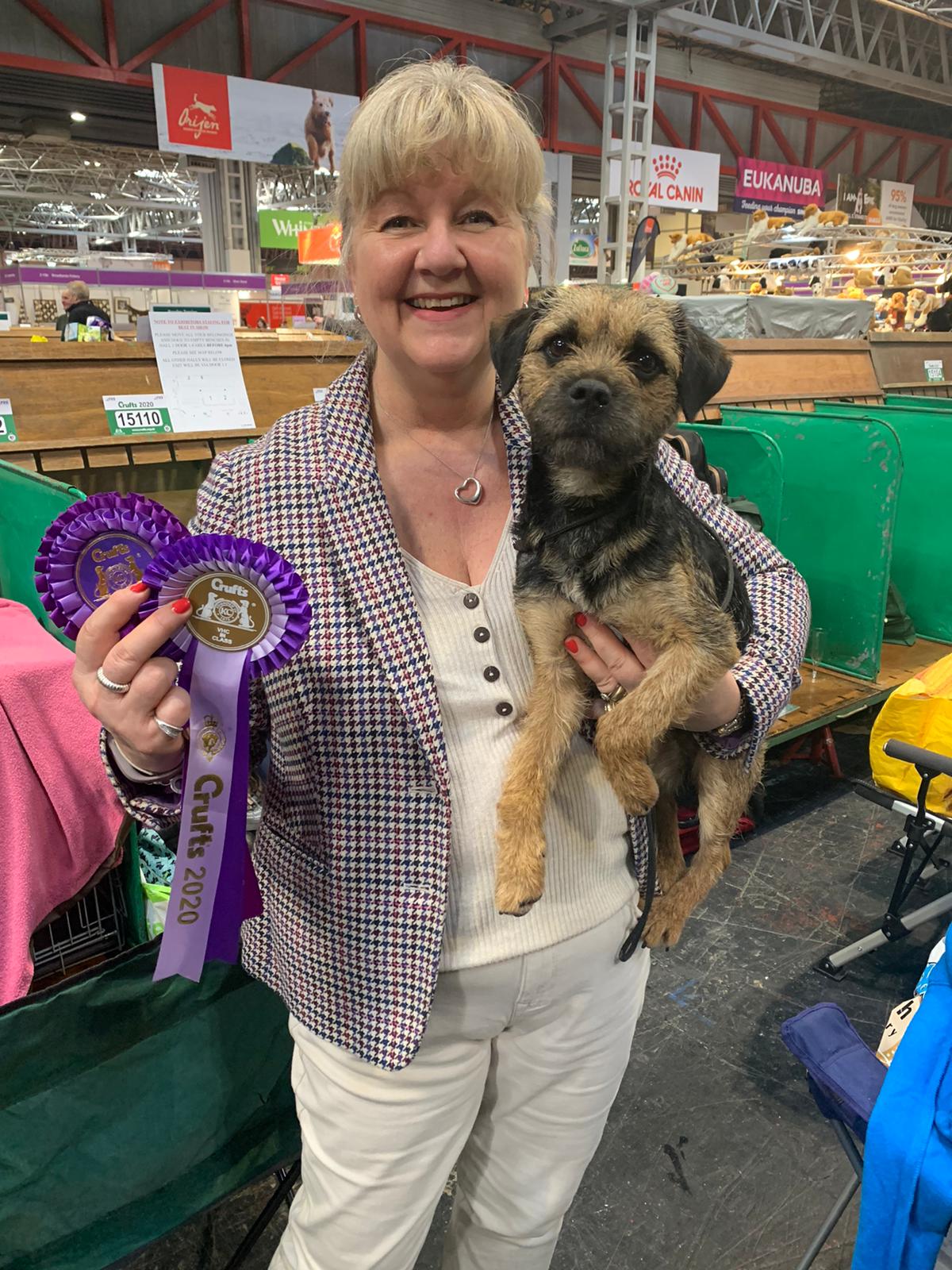 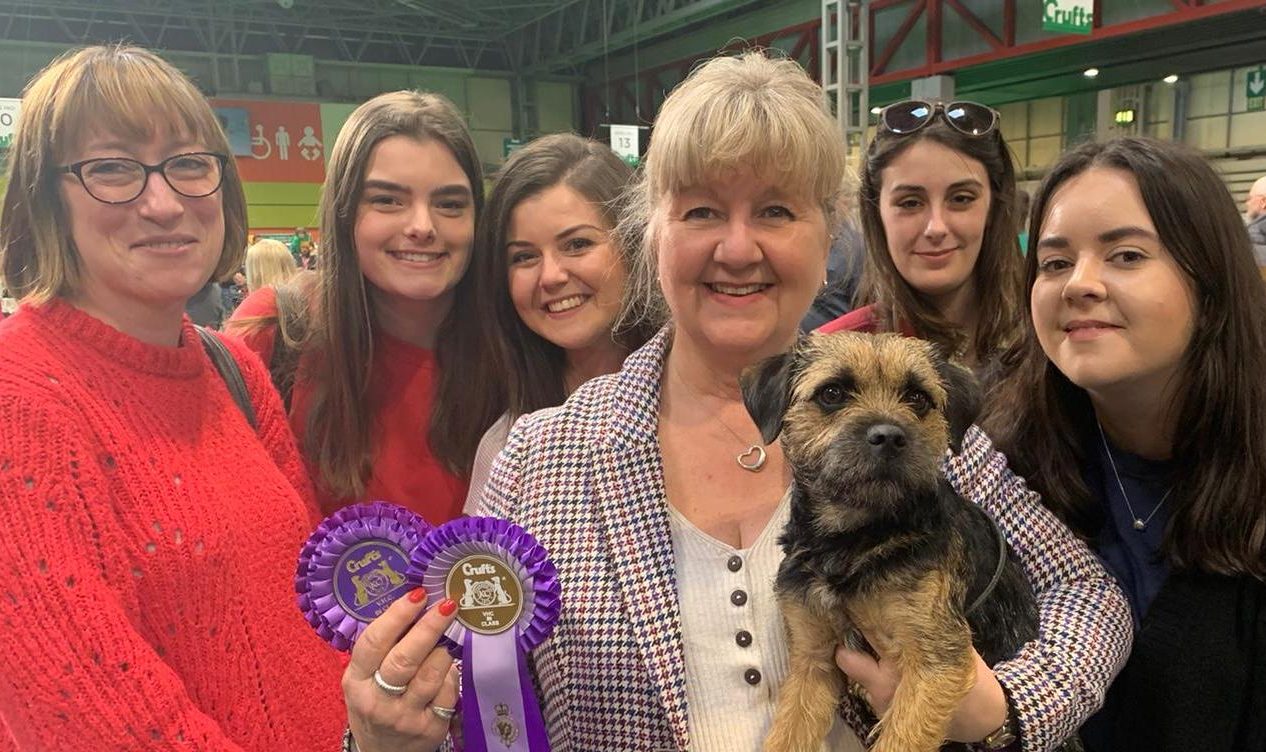 We had a great time supporting Sully at the competition, and both the River Dogs team and his mum were incredibly proud of how he did. Sully respectfully declined when we asked him to comment on how things went, choosing instead to head back to his dressing room to get ready for his second big event as part of the Good Citizens display team! 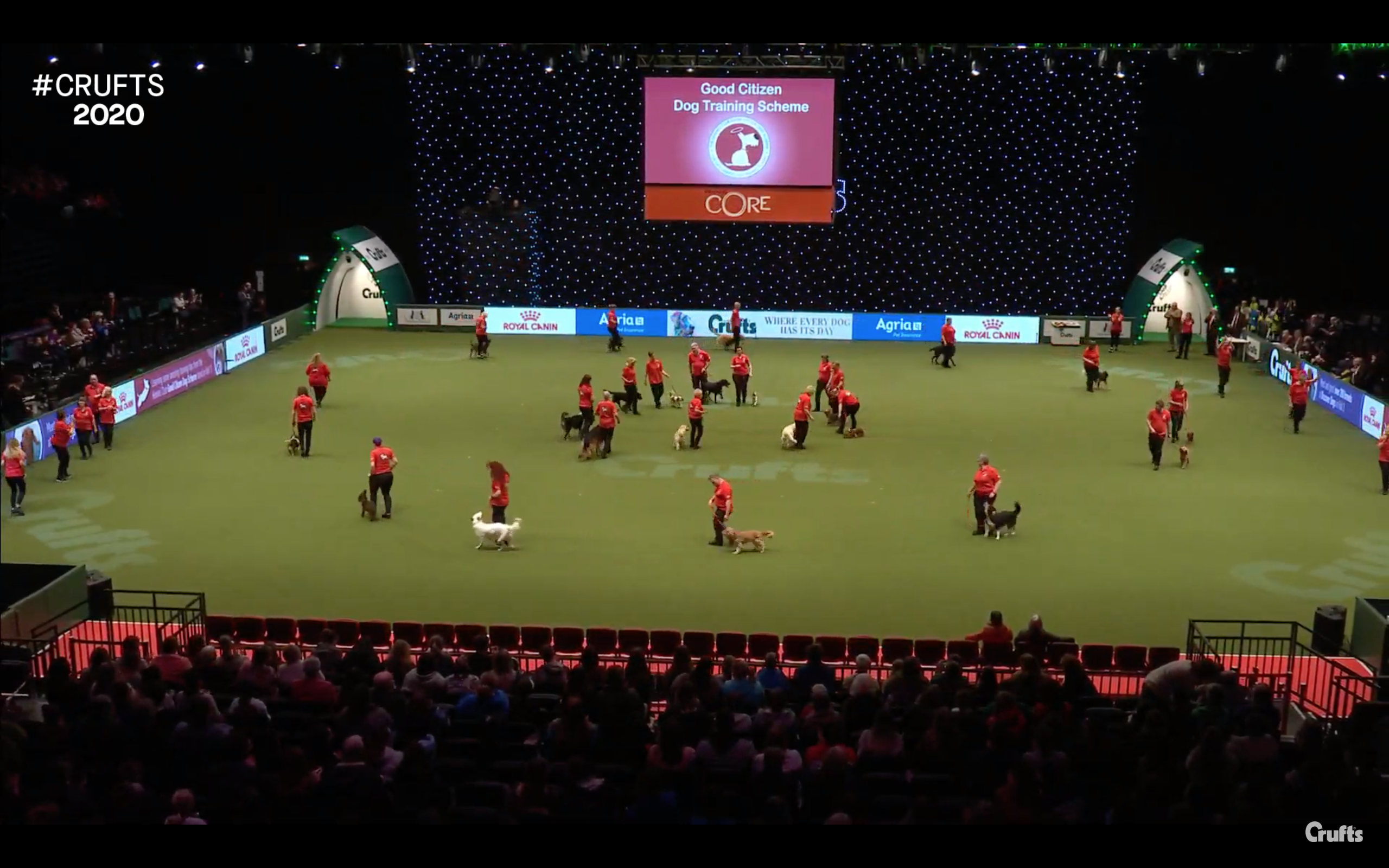 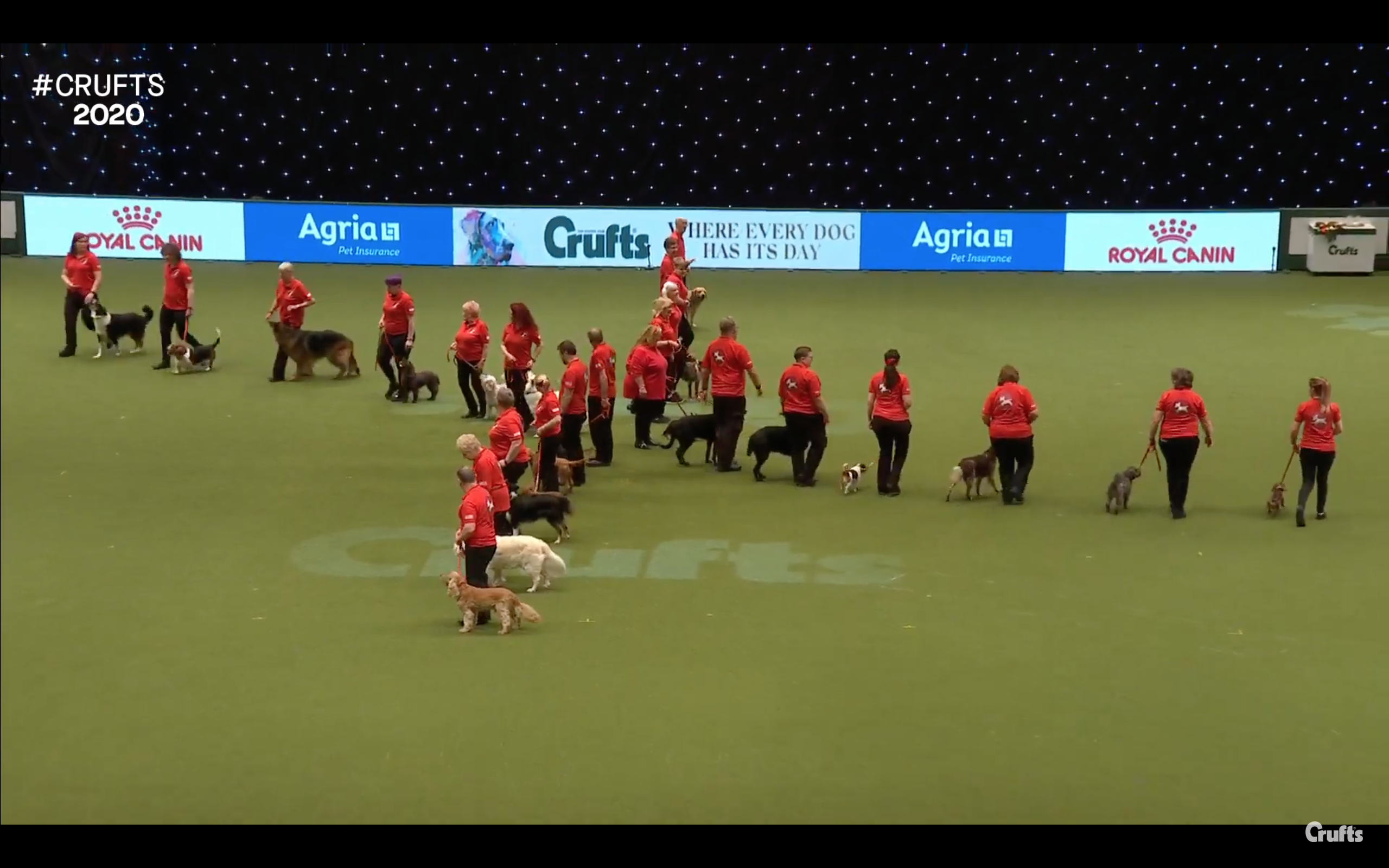 For those who aren’t familiar with the Good Citizens display team or the Good Citizen Scheme, they’re basically superstars. They show every new dog and puppy pal the ropes on how to behave in public; it’s like dog school without any annoying exams! The Kennel Club Good Citizen Dog Scheme has been running since 1992 and is the largest dog training programme in the United Kingdom. To cut a long story short; they mean business, and it was a joy for Crufts fans new and old to watch them at work!

The display started off with a bit of a mishap that just couldn’t be avoided; when you gotta go, you gotta go! It doesn’t matter whether you’re at Crufts 2020 or in the park; sometimes you just get a little bit of stage fright and have to get rid of it there and then! It was nice to see that the pup’s owner had brought a pooper scooper with him; now that’s exactly what a good citizen should always do!

Sully and his friends then went on to show the pups and puppettes at home all about the proper procedures when out walking with friends, how to cross roads, the best way to stay safe on car journeys, and a whole host of other safety scenarios that were both informative and exciting to watch (get it all on catch up if you missed out). We always knew that he could go on to be a teacher if he put his mind to it. Some of the team got a little too excited and broke ranks a few times, but Sully showed the kind of true resolve that it takes to be a River Dog and performed admirably in front of the cameras. 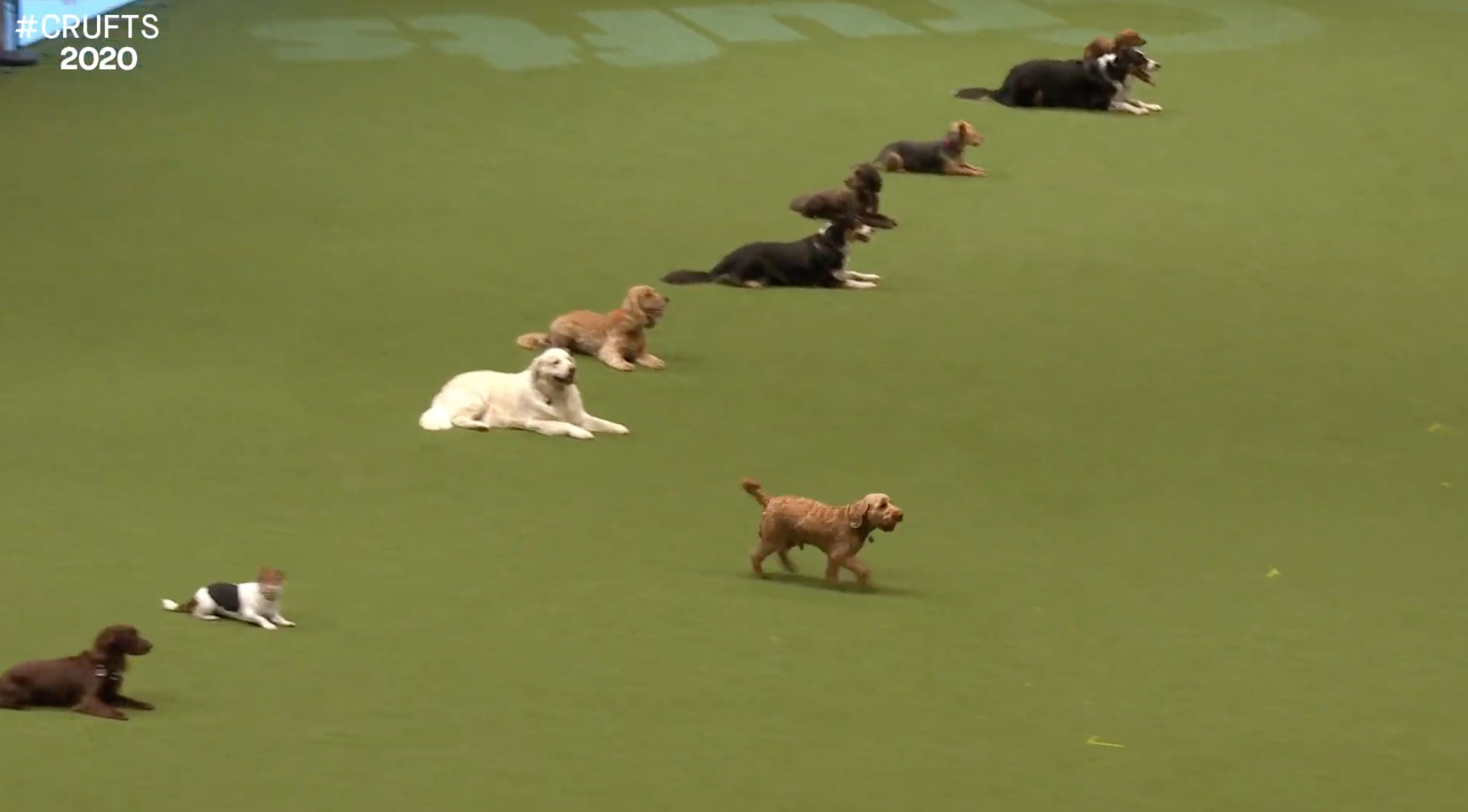 Some pups just love being with their owners!

The Good Citizens display team ended their Crufts 2020 performance with a great finale piece to music, and if you watch the footage back on YouTube, you can see Sully strutting his stuff along with the rest, never putting a paw out of line and doing all of Tadcaster proud! Well done Sully, and thanks for entertaining us and the rest of the world today!

That’s all from the River Dogs team folks. We hope that you had a good day watching the boys and girls in the Crufts 2020 ring, and didn’t those Golden Retrievers do well towards the end of the event! Remember, you can relive all of the action on YouTube and catch up over on All 4, so there’s no excuse not to check out Sully in action! 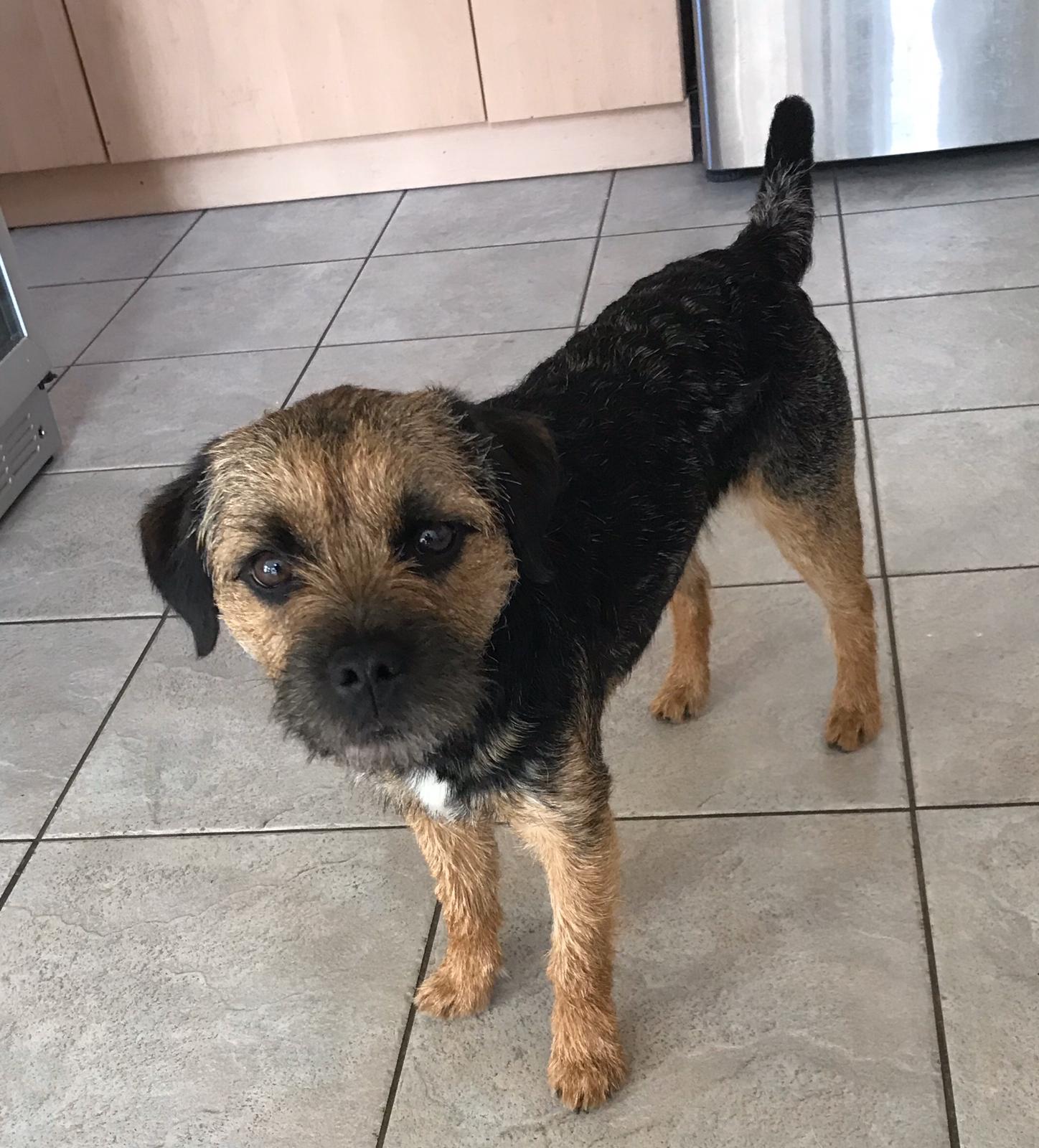 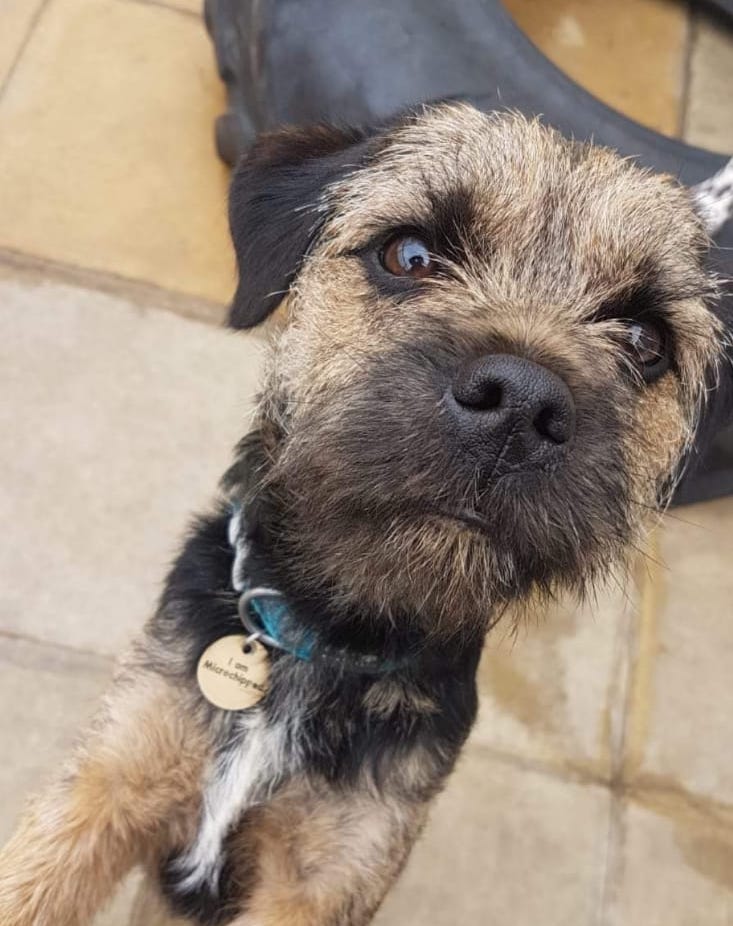 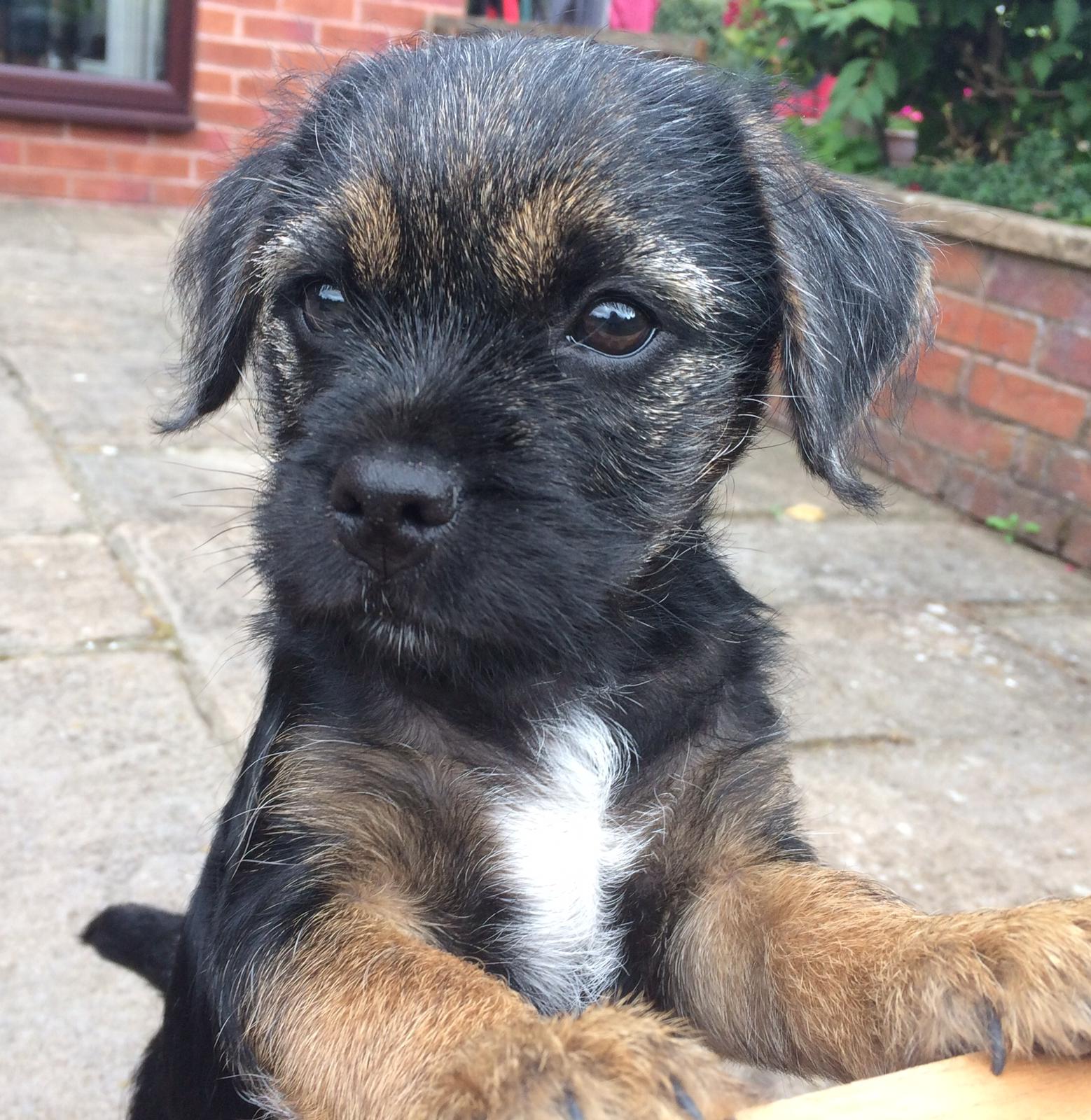 Stick around for some more Tadcaster Doggy Day Care action by checking out our extensive library of dog blog posts! Learn all about the craziest dog myths, and find out what happened when the River Dogs team took a day out on the Doggy Day Care Selby scene.